Why Is Australia The #1 Country For Drug Abusers? 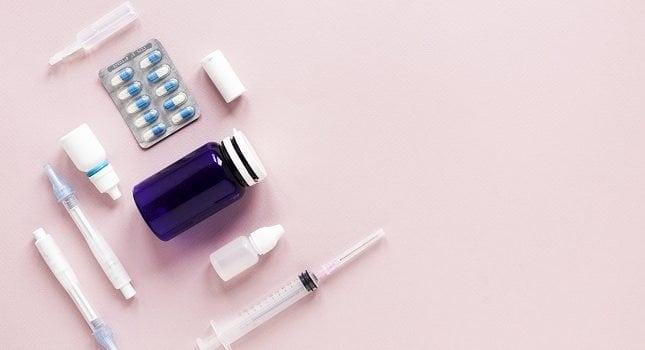 Drug addiction is a global problem. Whether you live in the United States or in Hong Kong or in Australia, there will be that big chance you will encounter someone who has been addicted to drugs or is still addicted today. It is sad to note that today, drug addiction in Australia is rampant. In fact, statistics show that it has already become the top country for drug abusers.

Australia as the Leading Country for Recreational Drug Users

The nation has been noted for its distinction of having the highest number of people who resort to using recreational drugs. This information is on a global scale, thus making the situation even more alarming. What is so bothering is the fact that numbers increase steadily each year. According to the 2014 World Drug Report released by the United Nations, Australia was recorded to rank first in the use of ecstasy, third in methamphetamine use, and fourth in cocaine dependence.

The latest research made by the Australian Criminal Intelligence Commission in 2017 supports the claim of The Daily Telegraph’s Andrew Carswell when he said that Australia’s “collective craving for a hit is only set to heighten, with the number of drug users continuing to rise steadily.” In the fourth National Wastewater Drug Monitoring report, the following important information were deduced:

As mentioned in the report made by the United Nations, the party drug ecstasy is the most commonly used illicit drug in Australia. Apart from this, amphetamines, methamphetamines, and cocaine are also common. Note that teenagers or adults who are new to drugs also try their luck on using Cannabis first. Of course, painkillers are also popular. Hallucinogens such as Magic Mushrooms and LSD are also part of the list. They can cause you to develop a drug addiction problem.

Why is Australia the Top County for Drug Abusers?

We can actually list so many reasons behind why Australia seems to be recognised as the world’s top capital for drug use. First is the fact that it has been a popular holiday resort for a long time now. With this situation, drug distributors and dealers find it easier to just sell drugs both to locals and holiday-goers alike. Australian beaches, nightclubs, and streets are all very popular spots for illicit drugs.

Drugs have also become popular in the country because many Australians, whether teenagers or adults, try drugs out of curiosity. While most are aware of the consequences of using one, they still are beaten up by their curiosity about what will happen.. This makes them easily forget that drugs are dangerous.

Painkiller Use in Australia

Take note that Australia is no exemption to other Western Countries that feature drug users who have become addicted without starting from illegal drug use. Many of the people are exposed to the use of painkillers. The bad thing is that this exposure leads them to use the legal drugs for non-medical purposes. Statistics show that many of those who use painkillers for recreational purposes start at the early age of 15. This makes painkillers the most one of the most widely abused drug in adolescents and teenagers and some users even mix painkillers or cough medicine with soft drinks to make a lethal cocktail.

Teenagers and Drug Use

Drug use that has started from abusing painkillers is just one of the many reasons why teenagers in Australia start using other forms of drugs and later on, abusing them. Apart from this, it has also been recorded that Aussies try using drugs once they have reached anywhere between the ages of 15 and 19. Once they become adults, quitting drug use becomes even more difficult.

Aussies and Their Willingness to Spend Money on Illicit Drugs

The Guardian journalist, Melissa Davey, has stated the sad fact that while prices of ecstasy and other illegal drugs are rising, Aussies remain willing to spend money just to be able to use them. Police seize drugs in increasing amounts yet they remain increasingly accessible to patrons as well. This is part of the findings of the Global Drug Survey.

The Global Drug Survey is conducted together with various global media partners, including the Guardian. The interview revealed the following results collected form 4,931 respondents (Note that these results help identify drug-taking behaviours and emerging trends in Australia):

These results show that a lot of Aussies are willing to spend on their illegal drug consumption. Consider the following costs of illegal drugs and you will know that this is not a cheap problem at all:

From these pieces of information, it can be concluded that Australians are willing to spend even up to thousands of dollars just to be able to buy drugs for their consumption, whether recreational or medicinal in purpose.

Illicit drugs in Australia are easily accessible. You can easily buy them off the streets, through an online black market shop, clubs and restaurants, and even along Australia’s popular beaches. If you want to know how teenagers get money to support their vice, some will even resort to stealing. This is out of their curiosity to experience using one, and in order to get along with friends who have tried it.

Some underage children can also easily sneak into their parents room to get a painkiller, using them for purposes other than their medicinal use. This is the reason behind why many Aussies develop drug addiction problems at a very young age.

The Australian government is looking for ways on how Australians can be stopped from becoming dependent on recreational drugs. Drug rehab in Australia is one option. Free drug counselling is also being offered in many cities in Australia. This covers rehabilitation and detox treatments, among others. These programs were designed by the government for those who are more than willing to receive help.

The government has likewise implemented a wide array of initiatives to inform the youth community about the dangers of drug addiction. Drug awareness programs are being spread in schools and  are considered to be a stepping stone to recovery for those who have tried drugs. They have also been designed particularly to prevent drug use and addiction in Australian teenagers.

Aside from government efforts to reach out to teenagers and adults alike to save them from their drug problems, drug and alcohol rehabilitation is now made accessible at treatment centres, specifically rehabilitation centres. These treatment opportunities will walk a patient through the process of improving his or her quality of life while he or she attempts to reduce her present alcohol and drug consumption.

Otherwise known as addiction rehab services, these services are commonly funded by territory and state governments. Even the Australian Government funds some centres too. Non-government organisations, as well as charities do run their own rehab centres for the purpose of solving anyone’s drug addiction problem.

Community-based treatment centres offer residential rehabilitation services. This is where you or someone you love can stay in a clinic for a number of days, or weeks depending on the severity of the condition. If you have a severe drug problem, however, you will also need hospital treatment. Doing a detoxification program can also help in order to get rid of alcohol and drugs in your body.

Counselling is also one of the rehabilitation programs offered in these centres. This can help you change your behaviour. The drug counsellor may also prescribe a specific type of medicine to help you on your journey to being drug-free.

From the residential rehabilitation, you will be asked to visit a health professional house regularly. Using half-way houses, or regular houses in regular suburbs, will also help. These houses serve as a home where those who have undergone rehabilitation can live together and try living their normal lives, attending to their usual chores.

What to Expect from Rehabilitation

Most addicts will definitely want to get results in the soonest possible time, in order to treat your drug dependence and get clean. Remember that this will depend upon your willingness to undergo each treatment program, according to what best suits your case. For instance, if you are suffering from either an alcohol or drug problem, or you have a mental illness, you should seek treatment for both conditions simultaneously.

Also, you have to remember that not all rehabilitation treatments work right in an instant. You need to go through the process more than once when this is the case. Do not be disheartened if this happens. Take it as a sign that the succeeding treatment sessions will be much easier than the first try.

Treatment options may also vary depending on one’s exposure to drug use. Those who have been taking drugs for a shorter period of time can benefit from therapy sessions that focus on improving a person’s awareness of the negative consequence of using drugs. These early intervention treatments can help motivate you to reduce your alcohol or drug use at an early stage.

Detoxification is another treatment option. Take note that this does not cure dependence and tolerance. If you do not undergo any form of follow-up treatment once you have tried this treatment option, then there is a higher chance of experiencing relapse. This can cause you to use drugs again.

Get Drug Addiction Treatment Help from The Cabin Sydney

A 5-Step Guide for Dealing With Drunken Mistakes in Recovery