With ‘ice’ use in Australia reaching epidemic proportions – half of it being produced domestically and the other half allegedly imported by Chinese multinational crime syndicates – it is worth taking a closer look into some of the dynamics of this phenomenon. 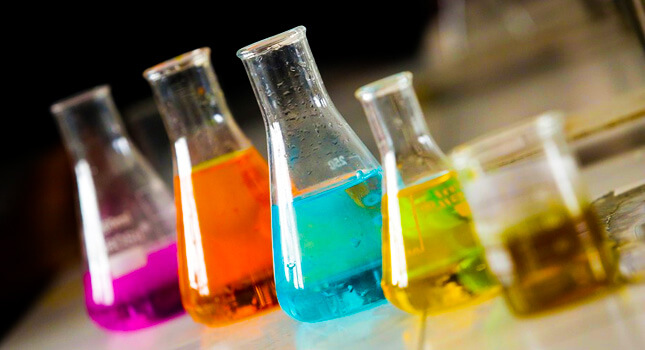 With ice use on the rise in Australia, crime groups from China are playing an increasing role in the smuggling of the drug into Australia. According to the Australian Crime Commission’s report on methamphetamine, more than 60 percent of Australia’s highest risk criminal targets, including those that are transnational, are involved in Australia’s methamphetamine market – the majority involved in multiple drug markets.  A $1.26 billion ice bust in February was the largest in the nation’s history and, at 720 litres (the equivalent of 3.6 million individual hits of ice), was the largest seizure of liquid methamphetamine ever.

Authorities consider East Asia and Southeast Asia the world’s largest and most established market for amphetamines. Hong Kong has become the new hub for attempted trafficking of ice into Australia, with a 323% increase in detections over last year.  According to Hong Kong customs, there were over 100 detections of ice – 186 kilograms in total – headed for Australia between July 2014 and July 2015.  Australian Federal Police State Manager NSW Commander Chris Sheehan said, “It’s well-known that China is a very significant source-country for methamphetamine, not just here in Australia but around the world.”

About half of the ice sold in Australia is produced domestically, while the other half is imported by multinational crime syndicates, according to the Australian Crime Commission’s Illicit Drug Data Report.  The number of ATS (amphetamine-type substances) detections at the border is increasing, suggesting that ice is increasingly being imported – indicating that Australian drug distributors are growing more reliant on transnational sources.

“Organised criminals who peddle this dangerous drug are an ongoing threat to Australia,” says Minister for Justice Michael Keenan. “They are expanding their reach and their exploits are effecting everyone — individuals, families, the community.”

Ice: Where our Supply Comes From

With the availability of chemicals and skilled chemists in China, and a growing domestic drug market and pre-established trade channels, China is the perfect overall environment for the supplying of ice. Synthetic drug manufacturing is mobile by design. Therefore, as long as the ingredients are available, busting meth labs usually just means other labs will replace them.

Drug smugglers are also getting more creative with their concealment methods – turning the substance into its liquid form and hiding it in personal care products such as contact lens cleaning solution, skin care products and soap. The drug is also being concealed in electrical appliances, or in the case of the infamous $1 billion ice bust: gel bra inserts.

Last year, 183 kilograms of Ice was found in sea kayaks being imported to Sydney from China.  But old-school smuggling via drug mules remains surprisingly common. Many drug syndicates employ the method of simply having people carry ice through airport security checks.  In November, Peter Gardner and Kalynda Davis were arrested by Guangzhou customs with 30 kilograms of ice stored in vacuum-sealed bags while waiting to board a flight from Guangzhou to Sydney. Davis was later found to have been unaware of the drugs she was carrying, after a month of detainment and investigations.

Guangzhou Customs has confirmed that it has already arrested 11 Australians on suspected drug charges this year. In all, Chinese authorities have seized 391 kilograms of drugs in 193 separate cases, arresting 79 suspects – 63 of them foreigners. If convicted, they could face the death penalty under China’s strict drug laws.

Demand for Ice in Australia

If China is the perfect storm for ice supply, Australia is equally as such for its demand.  The popularity and retail price point of the drug makes it a prime target for distributors.

The rate of ice consumption here is nothing to shake a stick at. Australia is the highest ice-using country in the English-speaking world – a fact that Victoria’s Assistant Commissioner Steve Fontana refers to as a “national disgrace.”  Crime Commission NSW State Manager Warren Gray said in a statement that “Methylamphetamine poses – by far – the greatest threat to the Australian public of all illicit drug types, and by a significant margin.”

Ice is also becoming increasingly available in areas where it has not been before, like rural and remote communities.  The ice epidemic is so bad in Wellington, NSW, that is has been dubbed the “South Pole.”  As long as Australians maintain their insatiable thirst for the drug, Australia will remain a major target for the criminal market.

Australian drugs are also some of the most expensive in the world.  Australians’ wealth, high standard of living and willingness to pay top dollar mean that they are paying a premium for their ice.  While a gram of crystal meth goes for around $70 in China, it fetches approximately ten times that rate in Australia, according to data from the UN Office on Drugs and Crime.

Wellington local Ed Daley was addicted to ice for nearly one decade; he said, “I could probably get $2200, $2300 on my pay cheque at six o’clock and it’d be gone by nine o’clock, without buying myself a can of drink or a packet of chips.”

Trying to Stem the Ice Tide

The Australian Border Force has opened an office in Hong Kong that is staffed by three personnel, including two Australian federal police officers. They are sharing intelligence with their Hong Kong counterparts in an effort to locate the source of smuggling networks.

Commander Sheehan said, “It gives us the capability to not just target members of syndicates that come to Australia, but also go to the point of origin.”  Prime Minister Tony Abbott and Justice Minister Michael Keenan have just announced that an additional $5 million in funding for the Australian Crime Commission will be allocated to place intelligence analysts in the US, Canada, Dubai and Hong Kong in an attempt to get a handle on the situation.

In November, The Australian Federal Police and the Chinese National Narcotics Control Commission launched a joint team on Monday called “Taskforce Blaze,” based in Guangzhou, China.  The taskforce’s goal is to gather intelligence about smuggling rings, trafficking routes and concealment methods for ice being imported to Australia from southeast China.  Hong Kong Customs and Excise has also signed an agreement with the Australian Border Force regarding customs cooperation in order to help combat the issue.

Inside China, the Chinese government is also cracking down on the ice trade.  A recent drug bust of unprecedented scale in Guangdong province turned up three tonnes of methamphetamine – $3 billion in Australian street value. Australian Department of Foreign Affairs and Trade has issued a travel advisory, reminding travellers that “Penalties for serious drug offences in China are severe and include the death penalty” and that “Foreigners have been executed for drug offences in China.”

Ice is the purest and most potent form of methamphetamine. It comes as a powder or crystals that are usually snorted, injected or smoked. Using ice results in an intense initial “rush” that may last for 30 minutes and provide the user with higher motivation to accomplish goals, confidence or feelings of improved intellect and ability to solve problems. However, the health effects are detrimental, leading to weight loss, mood swings, tremors, rapid heart rate, insomnia, even suicidal (or homicidal) behaviour, among others. It is highly addictive and has detrimental impacts on the lives of its users and their loved ones.

If you or a loved one are suffering from ice addiction, it is of utmost importance to contact a medical professional and seek treatment.  At The Cabin Sydney, we use the modern version of the 12-step method used in Alcoholics Anonymous (AA) and Narcotics Anonymous (NA) programmes, and we integrate this with our own unique method known as Recovery Zones.  The combination of these two treatment programmes has a high success rate, as it helps addicts take control over their own thought processes and retrain the brain to disassociate methamphetamines with pleasure.

If you are struggling with ice addiction, contact us today to find out how you can get help. We offer an initial consultation.