Kronic, Flakka, Gravel, Vanilla Sky, Spice — the synthetic drug trend is taking hold in Australia, with terrifying consequences. Learn about these dangerous chemical compounds and how you can get help with drug addiction. 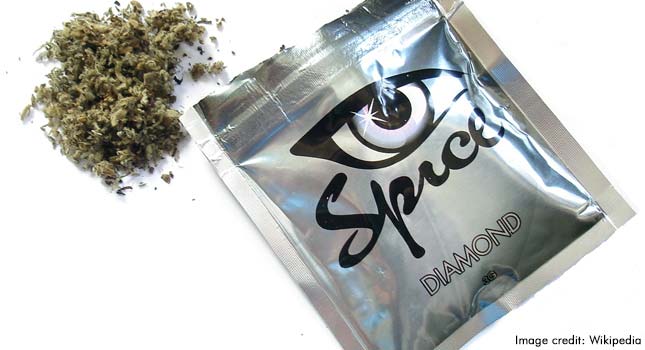 A teenager died and two men were left seriously ill after consuming a synthetic drug branded as imitation marijuana in Hunter Valley.  Police have since been told the teen consumed the substance called “Kronic” in the hours before his body was found.  It is not the first time synthetic drugs have made headlines in Australia.  In 2013 a 16-year old Perth boy named Preston Bridge jumped from the balcony of his hotel room in Scarborough to his death after taking synthetic LSD.  In 2012, another teen named Henry Kwan also died by jumping off of a balcony after using synthetic drugs in Sydney.  The same year, a South Australian man killed himself by repeatedly running into trees and power poles and was found to have been high on the designer drugs 25B-NBOMe and 251-NBOMe.  The “bath salt” drugs that have already terrified communities across the United States and Europe, it seems, have found their way to Australia.

K2, Gravel, Bliss — Drugs that Are Not Your Mom’s Bath Salts

Synthetic drugs known as “bath salts,” with names like Spice, K2, Kronic, Flakka, Gravel, Ivory Wave, Purple Wave, Vanilla Sky or Bliss, are manmade substances designed to mimic the effects of other drugs like marijuana, cocaine and ecstasy.  They contain chemical compounds similar to methamphetamine and can be snorted, injected or mixed with food or drink.  They are marketed to appear as safe, natural alternatives to illegal drugs, but in fact, they are dangerous chemical compounds designed in laboratories in China and Pakistan.  Some experts believe the drugs are a result of Australia’s strictly prohibitive drug legislation, as they are designed as a way to circumvent the law.  By the time one of the many chemical compounds is deemed illegal, chemists who produce the drug alter its structure slightly to make it something different — something that is technically legal.  This happens repeatedly.  What is on the market now will likely not be available six months from now.  Two new substances are believed to be entering the market each week, with over 3000 synthetic drugs having been identified by the United Nations Office of Drugs and Crime so far.  The drugs cannot be sniffed out by drug dogs as it takes years to train dogs to detect a new compound, and it is difficult to develop workplace drug testing systems that can keep pace with the constant development of new synthetic drugs.

Synthetic drugs are gaining popularity in Australia.   They are commonly used at nightclubs and raves and are significantly cheaper than illicit drugs.  Users are able to order them online (normally from China) and they are used by people in the 25-to-40 age group who typically have a higher income and are educated.  The can range from $15 to $40 per hit, depending on where they are sold.  Though the rate of synthetic drug use statistically is not terribly high at the moment, it is predicted to rise in the future because of how easy the substances are to obtain and because of their relative price advantage.  They are marketed in such a way as to portray them as legal and safe, and detection and identification are outpaced by the rate of production.  Nevertheless, mining, oil and gas companies have begun requesting testing of their employees for these dangerous drugs.  Expert predict this “designer drug” trend to persist; drug makers will keep creating new combinations at home and in illicit labs to keep themselves a step ahead of detection and law enforcement.

If the videos of people’s behaviour on these dangerous chemical substances are not terrifying enough, consider the following.  Major complications from synthetic drugs include cardiovascular events such as heart attack and stroke, seizures, psychiatric illness including psychosis, paranoia, and self-harm, severe, prolonged vomiting, rapid heart rate and breakdown of skeletal muscle tissue.  Suicidal thinking and behaviour may last even after the stimulatory effects of the drugs have worn off — there have been a few highly publicised suicides a few days after their use.

The drugs generally have both a hallucinogenic effect, like LSD or mushrooms, and a stimulant effect, like ice (in fact it has even been referred to as a “supercharged version of ice”).  People on these drugs can become extremely violent to themselves and others, develop superhuman strength, become difficult to control, exert themselves in ways that are not normal for the human body and often die while in police custody.  The drugs’ effects result in a nasty combination of aggression, hyper-stimulation and hallucination that can make people behave in extreme ways, like engaging in cannibalism, as seen in the infamous Miami cannibal attack.  The substances in synthetic drugs differ greatly, making it hard to treat those who have severe reactions to the substances.  As a result, doctors have no idea what patients are reacting to, what to test for, or how to treat them.  To take synthetic drugs, in short, is to take a gamble with your own life.

A chronic illness, drug addiction will only get worse over time without dedicated, psychological treatment.  If your drug use has become addictive, or you have tried to stop but cannot, it is important that you get help immediately.  The Cabin Drug Rehab Centre in Sydney offers initial phone assessments and can recommend appropriate addiction treatment. With our unique use of the Recovery Zones model, that combines CBT and other effective methods, our programme boasts a completion rate of 96% and makes us one of the most effective drug rehabs in NSW.  We treat all drug addictions, making us Sydney’s best drug rehab.  If you or someone you know is suffering from drug addiction, contact us today to find out how you can get help.