Are Sydney’s lockout laws really the solution to curbing alcohol-fuelled violence and other alcohol-related dangers? Get the rundown on the new laws and how alcohol addiction can be stopped. 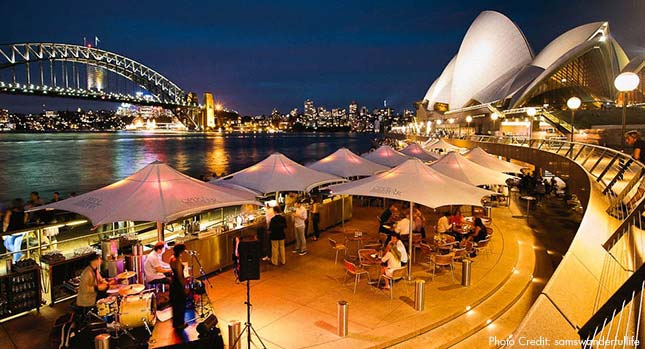 New lockout laws are being enforced in the Sydney CBD Entertainment Precinct.  The laws feature 1:30am lockouts and 3am last call. Major components of the new laws include:

Those found to be in violation of the laws can incur the following penalties:

“There is no other country I have ever visited where I have seen the type of violence erupting where patrons are attacking security staff or attacking emergency services staff the way it seems to happen here in our country,” says Queensland Police Commissioner Ian Stewart of Australia’s drinking culture. The lockout laws are part of an effort to reduce drug and alcohol-related violence in Sydney. They were introduced by former Premier Barry O’Farrell as a response to the one-punch deaths of Thomas Kelly and Daniel Christie.  Kelly was 18 when he was killed as he was walking down the street in Kings Cross with his girlfriend and struck unexpectedly by a fatal blow in 2012.  Christie, also 18, was killed on New Year’s Eve in 2013 by belligerently drunk MMA fighter Shaun McNeil. Christie was trying to get McNeil to stop assaulting a group of teenagers when he was punched, fell and hit his head on the ground, leading to fatal head trauma.  It does not end there — just this year, Brisbane 18 year old Cole Miller was walking through Chinatown Mall at 3:30am when he was approached out of nowhere by a pair of strangers, one of whom dealt a fatal blow in a moment of drunken aggression and misjudgement.

Will the Alcohol Ban Work? — The Aye-Sayers

NSW Premier Mike Baird reminds us that alcohol-related deaths have decreased by 42.2 percent in the CBD since the lockout laws were introduced.  He also claims that the number of small bars in Sydney have more than doubled in that time span.  Says Baird, “The main complaints seem to be that you can’t drink till dawn anymore and you cannot impulse-buy a bottle of white after 10pm. I understand that this presents an inconvenience. Some say this makes us an international embarrassment. Except, assaults are down by 42.2 per cent.”  According to Bureau Of Crime Statistics and Research (BOCSAR) data released in 2015, Kings Cross has seen a 32 percent drop in assaults since the laws were passed, while assaults in the Sydney CBD have fallen 26 percent.  Police say the number of savage assaults within Sydney’s popular nightspots has dropped dramatically since the introduction of lockout laws and there is no evidence to prove the problems have moved elsewhere.  Police Assistant Commissioner Michael Fuller states that in the 6 months since the laws came into effect, there have only been 2 incidents of assault, compared to 22 in the same period last year.  Perhaps the strongest case for lockout laws comes from Deakin University professor Peter Miller, who says, “The key thing is that the trend is downward and it fits strongly with the evidence from other places both in Australia and around the world…  Alcohol related harm increased by 20 percent each hour after midnight, which he said made a strong case for closing venues at 3am.”

Will the Alcohol Ban Work? — The Naysayers

Sydney residents have been voicing their concerns over the impact of the lockout laws on business and Sydney’s reputation as an international city with a vibrant nightlife. Kings Cross Liquor Accord chief executive Douglas Grand insists that the laws have had a “massive effect on jobs and the local community.” The City of Sydney reports that foot traffic in the area has decreased by over 80 percent as a result since the new restrictions.  Stoking the fire of the hotly contested issue are closures of Sydney staples like Hugos, the Flinders Hotel and Goodgod Small Club.  Other restaurant and bar closures are likewise chronicled in Matt Barrie’s widely publicised essay, “Would the last person in Sydney please turn the lights out,” in which he boldly asserts that “The total and utter destruction of Sydney’s nightlife is almost complete.”  Travellers from Europe have complained of the inability to go out all night and expressed disappointment at Sydney’s dwindling nightlife scene. Peter McLeay, owner of Kings Cross Backpackers and Mad Monkey Backpackers, says, “Backpackers had a really vibrant nightlife to go out to before. It was a really attractive place for backpackers to come to. They’d have social drinks then go out. Now there’s been a real change.”  Jade Smith, owner of Jackaroo hostel near Kings Cross, says, “Prior to two years ago there was way more bars, restaurants, takeaway places, places to go at night.  One by one they just kind of dwindled. There’s loads of empty shops out there. Now you have got minimal places to send backpackers so they tend to stay in and drink. The hostels are still OK but the food places and the bars, I don’t think they can continue to go on the way they’re going.” Alternate strategies proposed include twenty four-hour public transport, more visible policing in entertainment districts, staggered venue closing times and later retail and dining hours.

There is a solution.

Regardless of who is right or wrong in this debate, one fact invariably remains — Australia’s notorious drinking culture is pervasive, and has serious consequences. Though many Australians are not aware of the recommended daily limits on alcohol consumption, with approximately 15% of the population drinking at risky or high-risk levels, FARE’s 2015 poll showed that 75% of Australians believed that as a nation they do have a problem with  excess drinking.

Abusing alcohol frequently can lead to alcohol addiction or dependence. Alcohol addiction is a chronic disease that gets worse with time. If your drinking habits are impacting your life in a negative manner, and you simply cannot quit despite your desire to do so, you are in the right place. Acknowledging the need for help is the first step towards recovery. At The Cabin Alcohol Rehab Centre in Sydney, we offer initial consultations and recommendations for treatment. If you or someone you know is struggling with alcohol addiction, contact us today to find out how you can get help.