Cocaine use is often glamorised by elite figures such as George Gerges. But the long-term effects of the drug are truly far from dazzling. 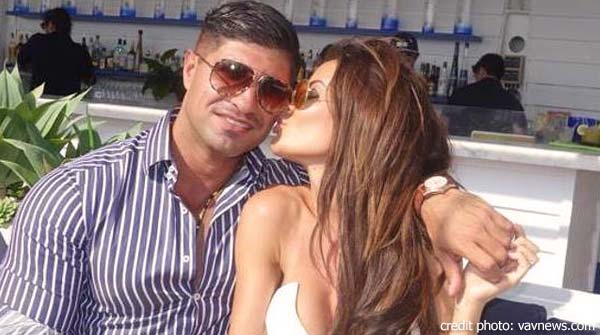 George Gerges, a well-known Sydney socialite, model, and entrepreneur was amongst a group of men recently arrested in a large cocaine drug bust. Gerges, who is 31 years old and owns two online fashion boutiques, is alleged to be part of a sophisticated drug ring that has supplied more than $1 million of cocaine to buyers throughout the Sydney metropolitan area.

Strike Force Morti was established earlier this year to investigate the supply of illegal drugs, especially cocaine, throughout Sydney and the bust was a result of their five month long investigation. After raiding several properties across Sydney, police seized 650g of cocaine, 1kg of cannabis, MDMA, $38,000 in cash, and a rifle. The raid led to the arrest of six men including George Gerges.

Gerges was charged with supplying a prohibited drug on an ongoing basis, supplying a commercial quantity of a prohibited drug and participating in a criminal group. He allegedly supplied over 900 grams of cocaine at a street value of almost $300,000. Apparently he dealt the drug from the back seat of his Lexus to clubs, pubs, and homes across Sydney.

During a brief appearance in Newton Local Court Gerges was supported by his parents and his model girlfriend Emma Rose, who is also well known for her appearance on the reality TV show The Bachelor. Emma Rose was not implicated in any charges, but appeared to stand by her boyfriend as he faced his charges.

In July, police also made a high-profile arrest of Lisa Munro, a former member of DPP’s elite team of lawyers known as Group 6, for possessing 0.5 grams of cocaine. The arrests are thought to stem from the same ongoing investigation.

Drug trafficking gangs and dealers are happy to make themselves at home in Sydney where the price of cocaine is high compared to other nations such as the U.S. and UK. While cocaine has long been known as a party drug for the elite, its use has spread throughout society and The Daily Telegraph reports that it is becoming one of Sydney’s most popular drugs.

One suburban Sydney mother shared with the media her surprise to find that cocaine abuse seems to have become as acceptable as drinking alcohol. She says she could not believe that women with kids were doing lines at lunch and telling her it is no big deal.

The recent high profile arrests in Sydney highlight the fact that the drug is not all fun and games. But going to jail is not the only risk users take.

Cocaine Use and Addiction is Far from Glamorous

Approximately 8% of Australians over the age of 14 have tried cocaine at some point in their life. The drug is a powerful stimulant which can cause feelings of euphoria, increased energy, decreased appetite, and talkativeness. Short term effects of cocaine can also include increased heartbeat, nausea or vomiting, and unpredictable, violent, or aggressive behaviour.

The ‘high’ lasts from only a few minutes to a half an hour, so users may take the drug frequently to prolong its effects and ward off the crash. A cocaine crash occurs after the drug wears off and users experience anxiety, depression, agitation, and intense cravings to use more.

Cocaine is a highly addictive drug and the glamorisation of its use never depicts the hell of addiction. Tolerance develops rapidly and users will need more and more of the drug to get the same effects.

Many who use cocaine are high-functioning addicts they may continue to succeed in their careers and avoid the social consequences stereotypically associated with addiction while also building a wall of denial around their addiction. The following are signs of cocaine addiction that will eventually show up no matter how hard someone tries to hide their problem:

Addiction is a progressive disorder and while some people may be able to lead a double life and manage to balance their success and addiction, eventually physical, mental, and social consequences will occur. Even with severe consequences, people suffering from addiction will often deny they have a problem. It may take the intervention of family and friends before someone finally gets into the treatment they need.

Many people suffering from addiction are not the stereotypical junkie on the street. They are mothers and fathers, businessmen and woman, and may often manage to keep up appearances on the outside while they struggle on the inside with shame, guilt, and their increased inability to control their substance abuse.

These so called high functioning addicts need treatment that is accessible and appealing. While some people may require the supervised detoxification and time away from home that an inpatient addiction treatment centre offers, others can achieve sobriety and addiction recovery while attending treatment in their community.

The Cabin Sydney strives to provide those struggling with addiction a safe, convenient and confidential outpatient addiction treatment centre. This means that clients can often continue to keep up work, school, and family obligations while still getting the help they need. Our recovery zones treatment method addresses underlying causes of addiction, and helps addicts to understand addiction as a chronic disorder and build the skills and support necessary to live life in recovery.