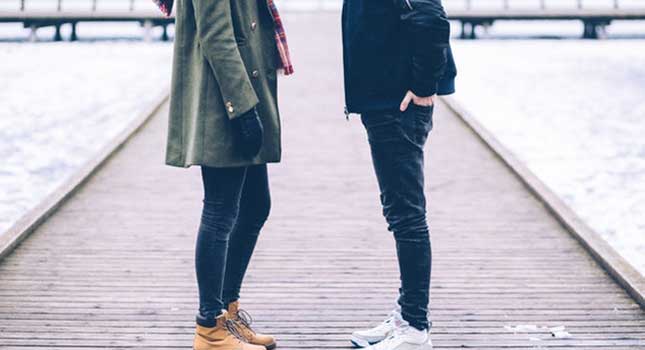 With more and more celebrities’ struggles with compulsive sexual behaviour being revealed in the public eye, official acknowledgment of sex addiction as a disorder by international bodies and a record number of people seeking treatment for sex addiction, it seems this issue is finally getting attention it deserves.

In 2018, the World Health Organisation recognised sex addiction as a mental health disorder on its International Classification of Diseases list for the first time. It describes the disorder as the “persistent pattern of failure to control intense, repetitive sexual impulses or urges resulting in repetitive sexual behaviour.”

Some studies estimate that 3 to 6 percent of the population suffers from a compulsive sexual disorder – a figure that puts sex addiction ahead of problem gambling, schizophrenia and bipolar. Though sex addiction occurs more often among men than women, sex addicts come from all walks of life.

Sex therapists say evolving views about sex and self-reflective questions about what’s ‘normal’ are prompting more people to seek treatment, starting at a younger age. Says London therapist Kate Moyle, “Every psychosexual therapist I speak to has a full waiting list.” Most of those clients are millennials.

The relative newness of sex addiction as a diagnosable disorder presents some challenges in defining just what, exactly, it is. Psychologist Jay Spence points out that part of the confusion is due to its conflation with other personality disorders that may cause sufferers to act out sexually. But, he says, “There are examples of sexual addiction which seem to be showing up independent of mood or personality disorders.”

Clinical professor of psychiatry at the Semel Institute for Neuroscience and Human Behavior at UCLA Dr. Timothy Fong describes the age-old struggle of delineating disorders within the spectrum of human sexuality. “For centuries, people have been trying to understand what the cause of hypersexuality is. It has been called all sorts of names over the years, but it’s really only been in the last 40 years that we’ve tried to understand it from an academic perspective.”

While it may be a rocky road to universally accepted terminology, it is important to be able to define and diagnose this disorder so those who are struggling can begin the important work of treatment. Says Robert Weiss, addiction specialist and author of Sex Addiction 101, “It’s really important to have a diagnosis, especially with sexual issues.”

Compulsive Sex as an Escape Route

Sexual addiction can also be referred to as compulsive sexual behaviour or hypersexual disorder. Therapist Steve Stokes describes sex addiction as a “pathological relationship with a mood-altering behaviour.” Similarly to other addictions, it’s marked by compulsiveness that’s beyond addicts’ control, tolerance-building, intense cravings, withdrawals and denial.

While most people are motivated to have sex because of the act of intimacy itself, what sex addicts are after is the ability to escape themselves. In fact, many may not even derive pleasure from it anymore. According to the WHO’s definition, “Symptoms (of sex addiction) may include repetitive sexual activities becoming a central focus of the person’s life to the point of neglecting health and personal care or other interests, activities and responsibilities; numerous unsuccessful efforts to significantly reduce repetitive sexual behaviour; and continued repetitive sexual behaviour despite adverse consequences or deriving little or no satisfaction from it.”

Signs of sex addiction include the inability to control your behaviour, having sex with people you don’t desire to have sex with and hiding romantic and sexual activity from your loved ones. If you’re wondering if you’re a sex addict, Sex and Love Addicts Anonymous’ 40 Questions for Self-Diagnosis is a good place to start.

Sex Addiction is Not a Moral Failing

It’s no surprise then that despite wanting to stop, sex addicts feel completely out of control. Says Dr. Fong of his patients: “When I have someone who looks me straight in the eye and says ‘My life is miserable because of this, and I’m suicidal, and my relationship is broken, and this is hurting my health,’ there is something there.”

In the movie Thanks for Sharing, one sex addict recalls, “I remember feeling like I was going to die if I didn’t have sex.” While it sounds extreme, it’s not too far off base: addiction hijacks the brain, essentially convincing your internal survival mechanism that without an acceptable level of the addictive behaviour, you’re really not okay. This is why, though addict behaviour often appears like a choice, it’s rooted in something bigger than willpower alone can surmount.

Australian Idol winner Casey Donovan, who admitted her sex addiction to her fans earlier this year, recalls sleeping with multitudes of different men to escape her feelings of low self-esteem: “I wanted to stop the vicious cycle of sex and one-night stands,” she says, “but I didn’t know how to get out.”

Sex addicts aren’t the only ones affected by their behaviour – their partners often suffer the worst consequences. One sex addict’s wife, ‘Mary’, says her husband successfully covered up his sex addiction for 30 years. When she ultimately discovered what was going on, what she found floored her: “He gave one prostitute $250,000 to put towards a horse syndicate,” she said, “and $15,000 to another for her lingerie.”

Whatever the case may be, the global addiction treatment community is recognising the need for proper diagnosis and holistic treatment. Says sex and relationship therapist Denise Knowles, “I think it has gone from being very much: ‘This is the problem; this is how we resolve it,’ to: ‘How do we approach sex? What does it mean to you? How does it fit into the relationship, and how have you got to this place?’ Then we can start to deal with it.”

At The Cabin Sydney, we understand the complexities of sex addiction for all parties involved. We offer confidential, nonjudgmental sex addiction treatment delivered by experts in a convenient outpatient setting. We’ll help you uncover the cause of your addiction and safely address it so you can get back to leading a normal life, complete with healthy sex and relationships. Talk to us today to learn how.

Love Me, for I Love Me Not: All About Love Addiction

Sex Addiction Proven to be Real