Your Sober Guide to Sydney Nightlife

There’s never been a better time to be sober in Sydney. With that in mind, here’s a shortlist of sober ways to enjoy Sydney after sunset. 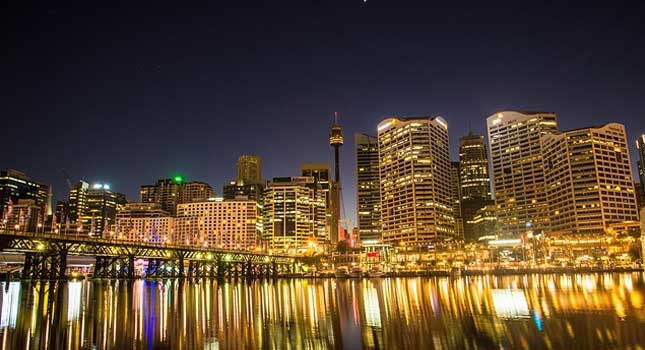 Sydney’s lock-out laws have been the source of much ire for the city’s partiers, who say the current laws make it much more difficult to have a good night out on the town. But regardless of what you think about the city’s new liquor laws, there’s no denying that their enforcement has paved the way for a wide range of sober activities. And that’s great news for Sydney’s recovery community.

You might even say that there’s never been a better time to be sober in Sydney. With that in mind, here’s a shortlist of sober ways to enjoy Sydney after sunset.

There are a couple of noteworthy entries in this category. First is Skyline Drive In Blacktown – Sydney’s only drive-in cinema. It has been around for decades and is quite popular – especially since its 2013 makeover. There can be a long queue of cars on Reservoir Road waiting to get in on Friday and Saturday nights, so it’s worth checking on show times and showing up early.

Then there’s Flickerfest, Sydney’s outdoor short-film festival. It’s held in January and has been in operation for more than a quarter century. Winners qualify for Academy Award consideration.

Sydney’s Harbour Bridge is one of the most iconic landmarks in the world. It’s image features prominently on tourism collateral, postcards and movies set in Sydney – and for good reason. And as it turns out, you can do more than simply admire the view of the bridge from afar.

BridgeClimb offers visitors an up-close experience of the bridge in a completely safe environment. The organisation hosts a 3.5-hour climb along the bridges ladders and catwalks, until you reach the summit where you can bask in the views of the harbour, the Sydney Opera House and the distant Blue Mountains.

This is an amazing activity any time of day, but it’s particularly rewarding at dusk. Tours are offered well into the night.

The Sydney Observatory is located near The Rocks, just outside of the CBD. Its slight removal from the city centre allows a much better view of the night sky without all of the light pollution. This is a great activity for a range of groups – couples, friends and, of course, families. And it’s safe to say that with the glow of the Milky Way in your viewfinder, you won’t be missing the big city lights.

Go Shopping at a Night Market

Sydney is a world-famous shopping destination, and some of the best retail therapy is available at open-air night markets. Some of the city’s night markets are only open on specific days, while others are seasonal. Suffice it to say that there’s a market somewhere in the city ready to be explored year-round and just about any night of the week.

Many of Sydney’s markets are daytime affairs, but there are a few that spring into full swing after dusk. The Chinatown Night Market and Paddy’s Night Food Market are two of the most popular.

Between the Aussie-rules football, rugby, cricket and tennis, it’s safe to say that there are plenty of sporting events to enjoy in Sydney. Your best bet for evening sports is probably Australian Football League (AFL) matches.

Catch an Evening Show at the Sydney Opera House

Sydney’s most recognisable landmark, the Sydney Opera House doubles as a fantastic venue for the performing arts. If you have a chance to catch a show at the ‘House’, we strongly recommend doing so. Nothing compares to watching an award-winning musical or listening to world-class symphonic music under those iconic white sails.

One of the best ways to enjoy a sober night out in a city like Sydney is connected with the local recovery community. Many activities that people associate with drinking – from dining out to belting out karaoke tunes – are even more fun sober. All you need to do is find likeminded people who are also looking to have fun without the need to self-medicate.

The Cabin Sydney is a leading provider of addiction treatment services in Sydney, and we’re well-connected with local recovery fellowships and the sober community. If you’re looking to connect with others in Sydney who prefer to celebrate without the need for alcohol, contact us to see how we can help.

Sleeping Sober: How to Beat Insomnia in Early Recovery

When Exercise Becomes Unhealthy: How to Spot an Exercise Addiction

Awareness and Addiction: How Mindfulness Meditation Can Support Your Recovery