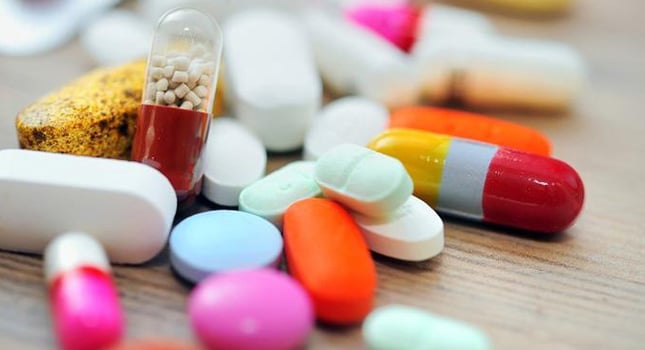 Deaths associated with prescription drugs intended for treating stress, anxiety and insomnia are increasing at a “frightening” rate in rural Australia, with coroners’ reports divulging a seven-fold rise in deaths associated with the opioid painkiller Oxycodone between 2001 and 2011.

Opioids are drugs that work on opioid receptors in the brain and body to induce pain relief, and are commonly prescribed to treat moderate to severe pain. Akin to heroin, opioids yield – along with pain management – a euphoric high triggered by stimulation of the reward center of the brain that raises levels of the ‘pleasure chemical’ dopamine. Due to these euphoric effects, many people abuse the drugs. Those who begin abusing opioids on a consistent basis build tolerance very quickly and are at high risk for developing dependence. Opioids are exceptionally physically addictive. On the street, they are often used if heroin or morphine is not accessible.

Despite being highly addictive, opioids can be a lifeline for individuals who are struggling with chronic pain that occurs with some types of cancer, bone pain, heart attack or severe burns. The time-release design of the drug provides hours of continuous pain relief for people in chronic pain. Prescription opioids are categorised as Schedule II narcotics, meaning they have a high potential for abuse and are only legal when prescribed to the user. Sadly, a significant amount of opioids are diverted and sold on the streets.

People who abuse so-called ‘hillbilly heroin’ usually do so in one of three ways. The easiest method is simply chewing it, but it can also be crushed and snorted, or crushed and dissolved in water before being taken intravenously. These methods can drastically increase the risk for overdose. In 2010, a crush-resistant version of OxyContin was formulated in an effort to deter the abuse of this powerful narcotic. However, it did little to curb the addiction that continued to snare more and more users.

According to a UNSW study on illicit drug trends between 2001 and 2013, more Australians are taking prescription drugs in non-medically-recommended ways such as smoking or injecting them. The report indicated a 17% increase in the habit of injecting oxycodone since 2005.

Misuse of prescription drugs is proving to be an overwhelming problem. The Australian Institute of Health and Welfare documented that approximately 4.7% of the Australian population misuse pharmaceutical drugs, most of whom misuse pain killers. This is significantly greater than the 2.1% of Australians who that say they used methamphetamine or amphetamine drugs including ice and speed in the past year.

In an attempt to combat the rise in prescription drug abuse in southeastern Australia, the Australian government has decided to invest $30 million toward implementing a monitoring system of all addictive prescription drugs. Medication such as Oxycodone, morphine and alprazolam (Xanax) will be closely monitored in hopes of cutting back on ‘doctor shopping’ — the practice of visiting numerous doctors to get the same prescription refilled over and over again. Tony Bartone, president of a regional branch of the Australian Medical Association, has been advocating the measure for years. He insists that having a database that family doctors can utilise to run on-the-spot checks can minimise harm. The Therapeutic Good Administration recently rescheduled Xanax to make it a controlled drug, which means regulations have been placed on its prescription making it much harder for potential addicts to get hold of it.

Creating a nationwide database for monitoring purposes is one of the most widely supported proposals for curbing the nationwide epidemic. However, president of the Australian Drug Law Reform Foundation, Alex Wodak disagrees: “The experience in general with attempts to reduce drug supply has been that the benefits are much less than expected, and the unintended negative consequences are much greater than expected,” he says. Negative consequences include turning to other harsher drugs, such as heroin. Those addicted to prescription opioids are 40 times more likely to develop a heroin abuse problem. So although extensive monitoring may be helpful as a preventative measure, it should by no means be seen as a cure-all. What is the solution then? Perhaps education could be key to tackling soaring rates of addiction and death.

Education and laws around prescription drugs such as Oxycodone have not kept pace with the well-oiled marketing machines of pharmaceutical companies. Consumers need more knowledge in order to make informed decisions. Many users are initially unaware that opioids are highly addictive and could even prove to be deadly, especially when taken in combination with other substances such as alcohol. Some doctors are also trigger-happy when it comes to prescribing such drugs to address mechanical discomforts like aches and pains. There is an unspoken societal expectation that there is a pill for almost anything, and doctors are entrusted with the health of patients despite not providing them with adequate education about the risks and harms of prescription drugs. Effective drug education could perhaps be the key to keeping the situation from escalating to new heights.

The need to enhance awareness of the risks surrounding prescription drug abuse is obvious, but even with knowing the dangers, getting trapped in the cycle of abuse is easier than ever before. Opioids are highly physically addictive substances; professional assistance is recommended to ensure a successful recovery. If you or a loved one is struggling with prescription drug addiction it is crucial to seek treatment as soon as possible. The staff at The Cabin is fully equipped to support all of your needs – contact us today to see how we can help.