Millions worldwide are getting hooked on Pokémon Go’s version of ‘augmented reality’. But with people risking physical danger and quitting their jobs to catch Pokémon, we take a look at what makes this, and other online games, so addictive.

Pokémon Go has become a global sensation – many even consider it revolutionary to the gaming world for having popularised the concept of augmented reality. But although the game has already broken multiple records, it poses real risks in the way of gaming addiction.

The game was destined to be a favourite among both gamers and Pokémon lovers since its release was first announced.  It was the most downloaded app during its first week of release in Apple’s history, contributing to Nintendo’s stocks increasing billions in value.

But does Pokémon Go’s mix of reality and fantasy threaten to exacerbate symptoms in those who have difficulty separating fact from fiction? The increasing number of young online gamers being admitted to psychiatric units due to compulsive gaming might say so.

It seems some people will stop at nothing to catch them all.  We have all heard the ridiculous tales of people catching Pokémon in inappropriate places – the September 11 memorial in New York City, Auschwitz, a genocide museum and former Khmer Rouge torture centre in Phnom Penh, Cambodia.  New Zealander Tom Currie quit his job to play Pokémon Go full-time.

Just last month, 21-year old American Michael Baker was stabbed while playing Pokémon Go, and continued his walk to a convenience store for snacks.  As he puts it, “Right after I was stabbed, I continued my mission to Plaid Pantry for my mission for chips and beer.”  He is not known to have been under the influence of any drugs or alcohol, simply transfixed with the game.  He cites as his reason for knowingly risking his life: “No, it’s important to me. I gotta basically catch them all.”

This ‘augmented’ version of reality is clearly impairing people’s decision-making abilities as they relate to actual reality.  Online gaming addiction is not a new phenomenon, but just what is it that makes Pokémon Go in particular so addictive? 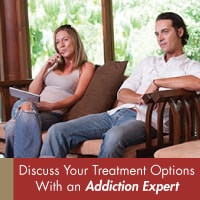 Why is Pokémon Go so Addictive?

Video game players are motivated to continue playing by the way games fulfil certain psychological needs.  Game companies of course know this, and game developers are constantly seeking out methods to entice prolonged gameplay in order to turn a profit.  Pokémon Go in particular is so addictive because of its special characteristics:

But Pokémon Go, of course, is not the only video game with addictive properties.

What is Compulsive Video Gaming?

Compulsive gaming, like all addictions, has to do with the brain’s dopamine reward system.  Our brains are naturally inclined to appreciate rewards – in the case of gaming, these can take the form of extra lives or catching fantasy creatures to add to your ever-increasing assortment.

Compulsive video gaming is a modern-day psychological condition that has been described by addiction experts as a clinical impulse control disorder, meaning people susceptible to this addiction may be at risk of developing other process addictions such as gambling, sex or eating addiction.

In people with qualities that predispose them to addiction, like poor reward system chemistry, the dopamine reinforcement they receive from gaming is especially pleasurable, and they will continue to do it again and again, with increasing frequency and intensity, until it becomes virtually impossible for them to stop on their own.

The difference between just doing something a little too often and developing an addiction can be a fine line.  Here are some signs of gaming addiction to watch for:

As with any addiction, gaming addiction can lead to broken relationships and friendships, career problems, financial hardship and depression.

How to Stop Online Gaming Addiction

By the time compulsive gaming has developed into a full-blown addiction, it is very hard to quit on your own.  The addiction specialists at The Cabin Sydney understand that there is no one-size-fits-all solution when it comes to treating compulsive disorders, and that is why they work directly with you to create an effective, long-term treatment plan, often with a focus on reduced exposure to gaming over time rather than complete abstinence from the offset.

If you think that your online gaming is reaching the point of addiction, it is important that you seek professional support. At The Cabin Sydney we offer an initial assessment to all of our clients – contact us today to see how we can help.

Online Wagers, Mobile Betting and the Odds Against You