Australian women are increasingly consuming more than the safe amount of alcohol and often do so in a habit formed not only from social drinking but also to deal with the stresses of daily life. 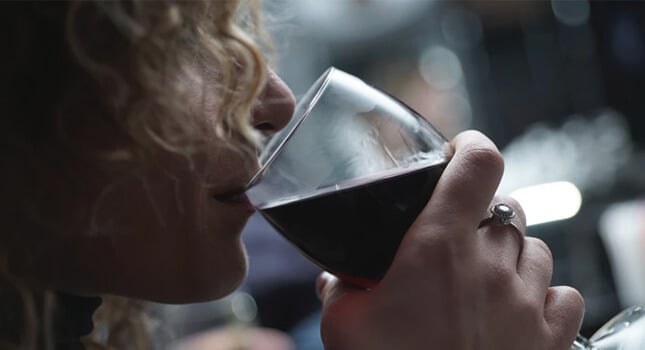 Drinking a few glasses of your desired tipple is widely considered the norm these days, whether it is out socially on any given day of the week or at home to wind down from the stresses of daily life. But when does it become apparent that those few drinks are, in fact, becoming a habit in your quest to unwind?

The rise in daily drinking habits amongst Australian women is on the increase and it is a matter that should be addressed with careful thought and consideration in what is often deemed a taboo subject. The reality is that such dependence is becoming more and more common but the stigma surrounding women and alcohol consumption in Australia needs to be handled in a way that doesn’t bring shame upon those seeking help to obtain sobriety.

Does this sound familiar?

For many young Australian women, alcohol becomes a regular part of life during their 20s, where parties and social gatherings involve excessive alcohol consumption and the many dangers that surround binge drinking. The association between alcohol’s ability to free inhibitions and create a false sense of confidence is often a draw that encourages many to continue consuming more.

As women get older, alcohol still continues to be synonymous with celebrations and nights out but it also tends to be used as a crutch in dealing with the amounting stresses brought about by daily life. Many women in their 30s and 40s juggle a career alongside caring for children whilst maintaining a family home. Further pressure is felt relating to physical appearance in a society that now deems such outward beauty an essential factor in leading a successful life. The knock-on effect of living up to such increased modern-day expectations can sometimes result in seeking an escape from reality through the relaxing effects of alcohol. 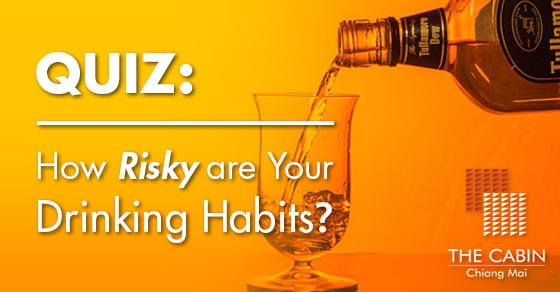 What’s wrong with a drink or two?

You may ask yourself what is wrong with having a few glasses of wine a night while cooking dinner or after putting the children to bed. After all, you’ve completed another hard day’s work and deserve a little respite once your responsibilities have been seen to. The problem is that such daily indulgence more often than not slowly becomes a dependency that forms an essential part of your everyday life. What once seemed a couple of harmless drinks to assist in curing your anxiety has now increased and made it somewhat worse.

Ask yourself why you’re drinking and whether you are using alcohol to relieve stress and forget about your troubles. Has your daily consumption increased and do you feel as if you cannot go a day without a drink? Are you hiding your drinking habits from others? Do you put yourself or others in danger due to the effects of alcohol? It is easy to lose track of just how much you may be drinking when it becomes such a regular habit in your daily routine.

The Drinking Scene Has Changed

Decades ago, it was more common for men to drink than women but that gap is increasingly becoming smaller. Women are physiologically more vulnerable to the effects of alcohol than men. Females carry more body fat and less water than their male counterparts, which means that processing higher levels of alcohol is more difficult. In fact, consuming more than two standard drinks in a day increases your risk of cancer, heart disease, liver disease and even brain damage.

There is no shame in admitting to having a dependency on alcohol, in fact, admittance is the first step in dealing with any type of addiction. It is increasingly becoming commonplace among women in Australian society and affects women almost as equally as it does men.

It is important to seek help when dealing with any level of alcohol addiction, whether you are only beginning to feel that there is an issue or if you are struggling with an ongoing dependence. Start by speaking to those close to you. Overcoming the secrecy involved in hiding such a struggle leads to gaining the professional help needed to conquer a drinking problem.

Getting Help at The Cabin Sydney

The Cabin Sydney is a leading outpatient addiction treatment centre situated in the eastern suburb of Edgecliff, Sydney and is conveniently located within a short distance of the city’s Central Business District. Our team of highly trained psychologists and licensed addiction counsellors provide consultations that lead to the right treatment programme for each individual that enters the centre. Programmes are tailor-made to suit your lifestyle, allowing you to continue the balance between work commitments and family life.

Using techniques, such as cognitive behavioural therapy, mindfulness meditation and the 12-steps, these treatments are also combined in the Recovery Zones method to provide an integrative approach to the treatment of addiction. Alcohol addiction is a chronic disease and like any disease, it requires the correct treatment to gain a successful outcome, ultimately resulting in sobriety.

If you are struggling with alcohol dependence, contact us today to find out how our unique approach and wide range of treatment methods can help you.

Dangers Every Pregnant Mother Should Know About Drinking

A 5-Step Guide for Dealing With Drunken Mistakes in Recovery