With an average of 15 alcohol-related deaths in Australia each day, see how Australia’s drinking culture needs to be reformed. 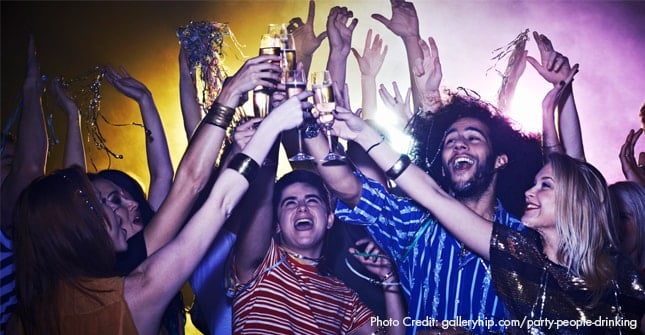 Alcohol consumption and binge-drinking are widely accepted behaviours in Australia and is a significant cornerstone in the country’s cultural identity. Not only is it not uncommon for Australians to have alcohol readily available at various social gatherings, parties, birthdays, weddings, etc., but alcohol is also consumed for lifestyle and personal purposes such as to relax, de-stress, elevate one’s mood, or relieve anxieties. In 2012, 19.5% of Australian adults were having, on average, more than two standard drinks per day exceeding the lifetime risk guidelines of alcohol consumption with men being three times more likely to exceed the guidelines than women.

Binge-Drinking as A Learned Behaviour

Many Australians are exposed to alcohol abuse as children when attending social events with their parents where other adults are binge drinking or indulging in other drunken behaviour. In a 2015 annual alcohol poll conducted by the Foundation for Alcohol Research and Education (FARE),   it was found that one third of Australian adults indicated that they drink to get drunk, with 79% of all Australians indicating that they are consumers of alcohol. With the habit of drinking in excess as a common scenario throughout children’s lives, when children develop into youths, they have then accepted excessive alcohol consumption as a normal social behaviour.

As drinking becomes a learned celebratory behaviour, youth go on to celebrate their own successes with alcohol; a prime example is the integration of alcohol into landmark occasions such as the graduation of high school with week-long Schoolies festivals and parties. 42% of millennials, those born between the early 1980s and the early 2000s, report that they have never been asked for identification when purchasing alcohol, with 38% reporting that they were never asked for identification when entering a bar or a club.

With alcohol being such a prominent component of Australian culture, youth are oftentimes finding themselves peer-pressured into binge-drinking at parties. The Associate Dean of Research from the Flinders School of Nursing and Midwifery states that for youth, “drinking alcohol is a big part of Australian culture so telling them not to drink alcohol is short-sighted and unrealistic.” The action of abstaining is ridiculed and “seen as immature” and “considered abnormal” as per Joshua Blake as he reflects on his experience as a teenager who chose not to drink in excess.

Campaigns such as Tackling Binge Drinking are targeted at youth to counteract the societal pressures of drinking and the Australian myth that alcohol must be consumed in order to have fun. Ashley Gurney, a drug educator, is also doing his part in advising youth about the dangers of excessive drinking by bringing high school students into nightclubs outside of operating hours to disillusion them from the draws of party environments. The alcohol awareness programme provides students with ‘beer goggles’ simulating the legal blood alcohol level of 0.05, to illustrate the difficulties of texting, manoeuvring their surroundings, and finding their friends in dark and loud environments while intoxicated. Despite meeting resistance from the Ministry of Education, Gurney remains firm that early education on the risks and harms of alcoholism in real-life environments is most beneficial to getting the message across to youth.

FARE’s 2015 annual alcohol poll also reported that Australians see the alcohol industry targeting youth under 18 through advertisements which they feel are inappropriate — as the ads promote underage drinking and give the impression that in order to have a lavish and successful lifestyle alcohol must be involved, persuasively painting alcoholism as a positive addiction. The poll also indicated that Australians would like to see more of a divide between the government and the alcohol industry with limits and disallowance of donations used to influence government policies.

The Alcohol’s Burden of Disease Report in Australia states that there has been a 62% increase in alcohol related deaths within the last decade, citing 5,554 deaths in 2010 — this averaged 15 deaths per day that year. The report also states that the number of deaths by injury, cancer, and heart disease directly caused by alcoholism has increased. With such a staggering increase in health issues, disabilities, and deaths associated with excessive drinking, Michael Thorn, Chief Executive of FARE in Victoria, states that the government urgently needs to discuss the price, promotion, and availability of alcohol.

FARE’s annual alcohol poll found that one-third of Australians are receptive to changing the heavy drinking culture and are embracing and encouraging attempts to reduce alcohol abuse made by the government. Many support the initial actions the government has taken to dissuade the drinking culture by enforcing closing times of pubs and bars, and banning advertisement of alcohol on television before 8:30pm. Over two-thirds of Australians indicate that they would support a National Alcohol Plan to reduce the negative effects and promotion of alcohol. Australians are more hopeful in 2015 than previous years that alcoholism can be combatted; however, the majority of the population still think more needs to be done on behalf of the government.

Despite honest efforts made by the Australian government, and the majority of the population being aware of the negative effects of alcoholism, binge drinking is still a common practice. With societal pressures to drink in excess, challenges arise for the population who struggle to distance themselves from alcohol addiction or dependency. The Cabin Sydney is a top alcohol rehab centre offering effective treatment programmes for those who are faced with the negative impacts of alcohol consumption both professionally and personally. They offer a safe environment for all Australians who wish to address their alcohol addiction, and guide them to a successful recovery.