Kate Seselja of Canberra accumulated $500,000 in debt through her pokie addiction and thought of committing suicide. Now, she works with the UN. Learn how she turned her life around and is helping others do the same.

Although Australia is home to less than half a percent of the world’s human population, the country has one-fifth of the world’s slot machines, also known as ‘pokies’. Unsurprisingly, many of its citizens are now suffering from gambling addiction.

Kate Seselja of Canberra is one of those people.  Her life has been flipped upside down by gambling addiction, and she hopes that by sharing her story she can help save others from the same fate.

According to Seselja, she was still in her teen years when she had her first rush of excitement associated with gambling – putting $20 in the slot machine and receiving $100 in return. It wasn’t long before she found herself deeply immersed in gambling. She admits that while she was still living at home with her parents, her monthly salary of $1500 would often be spent by the end of payday – all on slots. She’d then borrow money from her parents or siblings to ride out the rest of the month.

As with many addicts, the addiction came and went in waves. Married at the age of 20, she was 23 when the stress of a second child on the way and building a home with her husband became too much. She reverted back to the only coping method she knew would give her relief: gambling. Of course, playing the pokies also came with a substantial dose of self-loathing and disappointment as she poured more and more money into the machines. This went on for a decade. 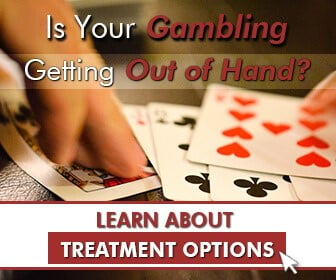 Kate was 32 years old, expecting a sixth child with her husband of 12 years and $500,000 in debt when she found herself sitting in front of a slot machine thinking of ways in which she could take her own life without harming the baby inside of her. She loved her life and her family, but she felt she had made too many mistakes to continue. She was deathly afraid of anyone finding out her secret, and felt that her family would be ashamed of her. Fortunately, she found a counsellor who finally got through to her so that she could start her healing journey.

Lack of Resources for Gambling Addiction Treatment in Australia

In an article on CNN, Seselja wrote:

‘I had wished so many times that it had been a drug or an alcohol issue because then people would have seen and I wouldn’t have been able to hide for so long.’

Unfortunately, the signs of gambling addiction are often harder for loved ones to spot because it does not come with the physical signs that substance abuse so often does. But the real problem that Seselja was up against was the stigma perceived of her condition, and the lack of resources available to her for help. Conversations about drug and alcohol addictions have been gaining momentum over the past decades, but gambling addiction is relatively new. Seeking help proved to be very difficult. She reached out on several occasions, once calling a gambling addiction crisis hotline by which she was told to ‘stop wearing shoes so clubs would bar her entry.’ Not exactly helpful.

Addiction is a brain-based disorder by which certain substances or behaviours literally rewire neuropathways, making addicts crave those substances or behaviours as if they’re something needed for survival such as food or water. It’s estimated that approximately one in six Australians who gamble have an addiction and lose, on average, $21,000 per year.

It’s estimated that over 300,000 Australians struggle with gambling addiction. Yet, the industry shows no signs of slowing. Unlike most countries around the world where gambling is confined to specific areas, pokies can be found in most local pubs in Australia, making access all too easy. And with state revenues from pokies at $3 billion, these companies do not wish to put an end to the abundance of machines any time soon – despite the negative consequences they’re having on the country’s citizens.

Seselja hopes that she can help tackle the problem. Since seeking help for her addiction, she has learned not only to overcome the addiction and start living a happy healthy life with her family once again, but she has started The Hope Project, a non-profit organization whose “core belief is in proactive prevention education via a sustainable mental health initiative, AWAKE, kindness towards self and humanity follows. Restoration of society by providing hope.” She has since been approached by the United Nations to take part in a conversation on good health and wellbeing in the country. By sharing her story, she hopes that she can help prevent others from reaching rock bottom by having the information and tools necessary to get the help they need from the start.

Whether you play pokies, online poker, sports betting or any other type of gambling activity, it’s important to seek help the moment you realise you’re losing control. If you’re gambling with borrowed money or racking up debt on your credit card, or have tried to quit in the past with no success, you should guidance from an experienced counsellor immediately.

The Cabin Sydney offers specialised gambling addiction treatment at our secure, private, outpatient facility. As part of The Cabin Addiction Services Group, we employ our own unique and effective treatment programme geared specifically towards process addictions such as gambling. If you are concerned about yourself or a loved one, please contact us today to find out how we can help.

Credit Card Gambling Addiction: Australia’s ‘Big Four’ are Laughing all the Way to the Bank