Former Federal Police Commissioner Mick Palmer wants to roll out drug consumption rooms throughout Australia’s capital cities in an effort to minimise casualties of the ice scourge. The centres have been shown to reduce fatalities and clean up neighborhoods, but some oppose the controversial approach. 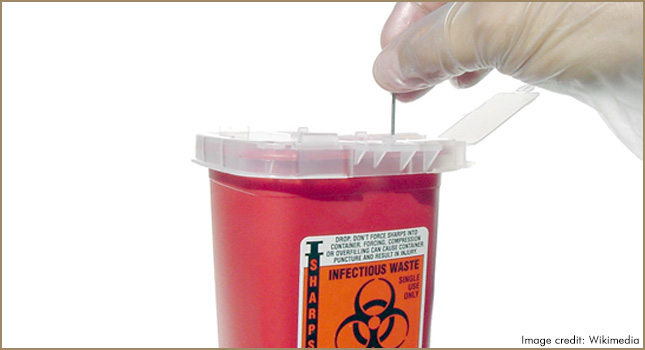 Former Federal Police Commissioner Mick Palmer is supporting a proposed trial of drug consumption rooms to get ice users off the streets and into a controlled environment that includes safety measures such as medical support and referrals to drug treatment services.

The centres are being called for in response to Australia’s notorious ice epidemic and are an evolution of Sydney’s supervised injection facilities (SIFs) for intravenous drug users.  Palmer says he was sceptical to begin with, but now feels compelled by the necessity to try a new approach. “I am convinced in my own mind that we might surprise ourselves through the positive outcomes that we might achieve if we were to consider things like consumption rooms where drugs other than heroin could be consumed,” said the former proponent of the war on drugs.  Such centres have been shown to reduce drug-related harm in Australia and other countries.

Supervised injecting facilities, also known as “drug consumption rooms,” are places where people can use illicit drugs, supervised by medical staff and social workers. While consuming unregulated street drugs is never safe, SIFs allow for education and emergency care, and facilitate avenues into recovery for those looking to get out of street drug using. They were first introduced in Switzerland in the 1980s, and now exist throughout Europe. Canada has two centres, and Australia has one: the Sydney Medically Supervised Injecting Centre, which opened in Kings Cross on a trial basis in 2001. The centre became a permanent health service in 2010 after receiving evaluation-based approval from the New South Wales government.

Kings Cross Then and Now

Just over a decade ago, Kings Cross was notorious as a seedy neighbourhood where drug users shot up publicly, dealers sold drugs openly and syringes littered the streets. Proponents of drug consumption rooms say the SIFs have helped it turn into the up-and-coming lifestyle precinct it is today.  There have been over 1 million injections and zero deaths at the Kings Cross centre since its opening.

Dr. Alex Wodak, a founder of the original Kings Cross centre, says there is now an urgent need for a consumption room designed for ice users, as methods of consumption are trending toward ingesting pills and smoking. Says Dr. Wodak, “We don’t have anywhere near the treatment capacity that we need in Australia and that’s been really shown with the ice epidemic.”

The facility also helped to reduce the number of ambulance calls to Kings Cross by 80 percent, refer over 9,500 people to health and social welfare services and reduce the number of needles and syringes discarded on the street by half by 2011. The centre’s medical director Dr. Marianne Jauncey states, “There are people that are still alive today … that wouldn’t be alive were it not for the operation of the Uniting Medically Supervised Injecting Centre.”

Tony, a 50-year old ex-heroin user who witnessed the tragic scene in the precinct in the early 80s, recalls addicts like himself shooting up publicly in the street, many of them dying as a result. “It was like an oasis in the middle of Kings Cross you know, it’s like a big jungle there and it’s rough and it’s tough, it’s cutthroat, you know people died on those streets,” says Tony of MSIC, whom he credits with saving his life. “I honestly can’t say where I’d be. Chances are I’d be dead. I know that just because I have OD’d a couple of times there, and because there are staff there who monitor you and watch you, I’m fine you know, I’m okay.”

While the positive impacts of SIFs in operation thus far are supported by data and lauded by their beneficiaries, the call to open more centres throughout Autralia’s capital cities has no doubt been met with opposition. Councillor Ned Mannoun, Mayor of Liverpool, says SIFs “send the wrong message,” and instead proposes that “We need to work on what are the real social issues that put people in a position that they end up using drugs.” He echoes the not-in-my-backyard sentiment often felt in response to unwanted developments, stating, “We don’t want these things in our community. People don’t even want methadone clinics in their community.” Proponents say supporting the war on drugs is a safer political stance than backing the more controversial approach.

Australia is not the only country considering supervised consumption sites as a way to address its drug problems. In February, Svante Myrick, the mayor of Ithaca, New York, made national headlines in the U.S. when he announced his plans to open a safe injection room that would allow heroin users to shoot up under clinical supervision. A Canadian advocacy group called Yes2SCS (Yes to Supervised Consumption Services) made a dramatic call for more sites by planting 600 white crosses along a busy commuter route into downtown Victoria to represent the amount of people who would potentially be lost over the coming year to overdoses.

Ice, or crystal meth, is extremely addictive, especially in young users, and 2.4% of teenagers under the age of 14 admitted to having tried the drug. Australia’s drug control authorities have declared that crystal meth usage is an ‘imminent threat’ to Australian society, as the use of the drug increases all over the country and ice addiction treatment options are scarce at best.

The side effects of methamphetamines are both physical and psychological and users can expect high heart rates, sweats, irritability and sleeplessness. Long-term use can result in disorders such as psychosis and paranoia once fully suffering from meth addiction.

At The Cabin Sydney we use the modern version of the 12 Steps found in AA and NA programmes, and we integrate it with our own unique method known as the Recovery Zones. The combination of these two treatment programmes has an extremely high success rate, as it helps addicts take control over their own thought processes, and re-train the brain to disassociate methamphetamines with pleasure. If you or a loved one is struggling with ice addiction, contact us today to see how we can help.