Would you continue to smoke weed if it stopped getting you high? Recent studies have identified a natural brain molecule that blocks the intoxicating effects of cannabis – learn what implications this has for marijuana addiction treatment. 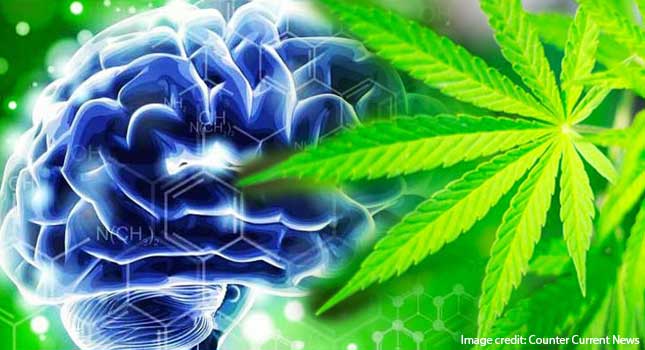 When people smoke marijuana, they are after the relaxing, euphoric and perception altering effects of the drug. Unfortunately, along with these desired effects comes lack of motivation and impaired concentration and memory. These negative effects of cannabis use are some of the main reasons why people enter into marijuana addiction treatment.

While many people argue that cannabis is not addictive, those who are regular users often develop a high tolerance, drug cravings, and have a very difficult time ceasing usage even if they want to – three tell-tale signs of addiction. While not nearly as addictive as many other recreational substances such as alcohol or cocaine, the fact remains that marijuana is addictive – especially high-potency strains.  And for some individuals, marijuana addiction causes serious issues in their lives.

Past attempts to develop a pharmacological treatment for cannabis addiction have fallen short.  However, recent research on a natural brain molecule pregnenolone, has sparked new hope for success in this endeavour.

Pregnenolone, THC and the Brain

Further investigation revealed that pregnenolone binds to the CB1 cannabinoid receptors, the site where TCH must bind in order to produce its psychoactive effects. Pregnenolone occupies these CB1 receptors, thereby blocking any additional THC from binding to these sites, essentially putting a ‘cap’ on the effects of THC.

The levels of THC found to elicit such large spikes in pregnenolone were much higher than the average levels consumed by regular smokers of marijuana. Pregnenolone release only appears to be triggered in response to very high levels of THC in the system. Thus, it appears that the hormone serves to protect the brain from overstimulation of the CB1 receptors in the presence of excessive amounts of THC. This has been speculated to be the reason why cases of THC overdose are almost never reported – pregnenolone is essentially a biological defence mechanism against becoming ‘too high’ on marijuana.

Pregnenolone and Marijuana Use

In light of the observed effects of THC on the release of pregnenolone, researchers decided to delve deeper by studying the effects of pregnenolone administration prior to THC exposure. Results showed lowered levels of the cognitive impairments typical of cannabis use, such as memory loss and lack of motivation. It appears that with pregnenolone blocking the CB1 receptors, the intoxicating effects of THC were inhibited.

Importantly, pre-exposure to pregnenolone also reduced self-administration of THC in rats. This was explained by the finding that pregnenolone significantly lowered the level of dopamine release triggered by THC exposure. Since dopamine release is the main factor contributing to the addictiveness of THC, the fact that pregnenolone weakened the reinforcing effects of THC and lessened self-administration and motivation for the drug becomes easy to understand.

This has important implications for the treatment of marijuana addiction, as eliminating the rewarding effects of the drug will help to break the association between cannabis use and pleasure thereby reducing marijuana cravings. Interestingly, it was found that pregnenolone decreases alcohol preference and self-administration as well.

Despite these results, pregnenolone itself cannot be used to treat marijuana addiction as it is not properly absorbed when administered orally and when directly administered into the bloodstream, pregnenolone is quickly converted to other hormones. What this discovery has done, however, is paved the way for development of promising therapeutic drugs from pregnenolone derivatives. These substances are stable, easily absorbed and scheduled to be tested for their viability for therapeutic use in the very near future.

While many people regularly use marijuana without finding it to be a problem, for some individuals, cannabis addiction is a real issue that causes a great deal of distress in their lives.

There is more to recovery than just overcoming withdrawal symptoms. In order to successfully recover from marijuana addiction, individuals must endure cravings, navigate social situations where cannabis is present and learn to cope with any negative feelings, thoughts, and sleep issues for which marijuana was previously their go-to solution.

Fortunately, The Cabin Sydney has a comprehensive and holistic treatment programme to address all aspects of cannabis addiction, providing the best chance of lasting recovery. Contact us today to find out more.