Australia’s new legislation banning the sale of over-the-counter opioid pain medication becomes effective in February 2018.  Some say this measure will reduce addiction risk; others argue it unnecessarily penalizes those who use the medication as directed.  We lay out both sides of the debate. 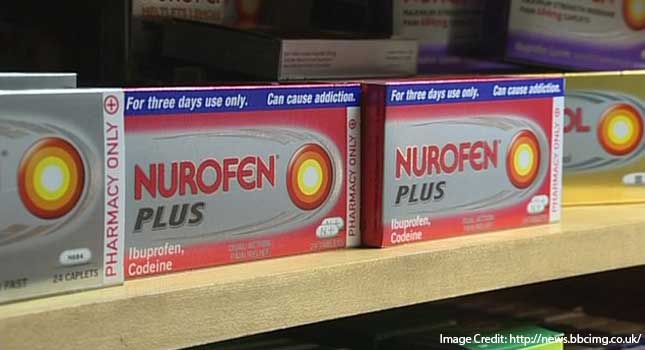 Australia has banned the sale of codeine-containing drugs like Nurofen Plus and Panadeine as more and more Australians are seeking treatment for opioid addiction.

The Department of Health warns that these medications carry high addiction risk, should not be taken for extended periods of time and do not need to be available without a prescription.  But the Pharmacy Guild insists this is not the best course of action for curtailing opioid abuse.

How OTC Pain Relief Turns into an Opioid Addiction

The vast majority of those who find themselves addicted to over-the-counter (OTC) opioid pain medications began using opioid medications for their intended purpose – pain relief.  Their availability over the counter gives a false sense of the safety of these medications.  Most people are blissfully unaware of the high addiction potential of these drugs until it is too late.  This is evidenced by the fact that codeine-related deaths in Australia have more than doubled since 2000.

All opioids, including OTC opioid medications such as Nurofen Plus and Panadeine, are highly addictive. Tolerance to these types of medications builds quickly, with users requiring a higher and higher dose to achieve the desired effect.

Aside from their pain relieving properties, opioids produce calming, euphoric sensations that many users find very appealing. Because of these pleasurable effects, many people continue to take the pills even when they are no longer in pain. After prolonged use, these drugs desensitize the brain’s natural opioid system, and ceasing use can lead to withdrawal symptoms. In time, most users admit that they no longer take the medications for pleasure, but rather to avoid the unpleasant withdrawal symptoms. 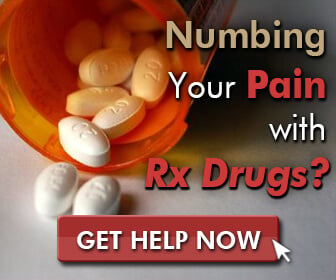 Abuse of pain medications such as codeine can lead you to develop a very high tolerance, very quickly.  Earlier this year, rapper 360 released a single chronicling his struggles with opioid addiction.  360 reports that at the peak of his addiction, he was taking 90 Nurofen Plus pills a day.

Nurofen Plus and Panadeine are half opioid, half ibuprofen.  While tolerance is built to codeine, the opioid component of the pills, the user ends up ingesting excessive amounts of ibuprofen as well.  With each tablet containing 200mg of ibuprofen, someone taking 100 tablets a day would be ingesting 20,000 mg of ibuprofen – over six times the maximum daily dose. Such excessive consumption of ibuprofen can be toxic, leading to a number of negative side effects including:

With the high addiction potential and inherent dangers with abuse of these drugs, it is clear that something must be done about the painkiller addiction plaguing so many Australians. The question is: what?

In 2010, Australia put new regulations in place in an attempt to address the issue of OTC opioid abuse. Since the implementation of the new regulations, OTC opioids are now sold in smaller packs, with lower doses of codeine per pill, and only a five-day supply of the drugs is permitted to be sold to any one person at a time.

While this may seem like a step in the right direction, these previous regulations on codeine-containing medications certainly did not solve the problem.  Some reports claim that these measures have actually created new problems of their own.

Those addicted to OTC pain pills often do what is called ‘chemist hopping’ – visiting several pharmacies in a day to obtain the quantity of drugs they want.  Additionally, with lower levels of codeine in each tablet, addicts are consuming even higher doses of ibuprofen to achieve the same high.  And as previously mentioned, most of the toxicity risk comes from the additional ingredients rather than the opioid.

For Regulation: “Doctors should be involved in the administration of all addictive drugs.”

Following the example set by the US, India and most of Europe, The Australian Department of Health and the Royal College of General Practitioners ague that making codeine and other opioids strictly prescription-only will reduce the likelihood of addiction. They also feel that this restriction gives these drugs the status they deserve as substances with a high addiction potential, compelling people to exercise a higher degree of caution in their use. These groups further claim that the involvement of a medical doctor in access to all opioid drugs would make problematic use easier to identify and manage.

The Department of Health insists that there is really no reason to have these medications available over the counter in the first place, as they are not actually effective for managing long-term pain.  They say the Guild’s attempts to keep these medications on the shelves are strictly financially motivated.

Against Regulation: “Opioid use can be effectively monitored by pharmacists.”

The Pharmacy Guild of Australia, along with the Pharmaceutical Society of Australia, deny any financial motives and vehemently oppose the new regulation. They claim that this solution will, in fact, create far more issues than it solves.

Firstly, they believe that those in need of medication for pain management, for whom OTC opioids containing lower levels of codeine would be sufficient, would likely receive prescriptions for stronger opioid pain medications upon seeing a physician.

Further, the Pharmacy Guild posits that those who are already addicted to codeine or other opioids and are currently abusing OTC pain meds would inevitably find way to feed their addiction – potentially a more dangerous way.  Reports on heroin addiction indicate that many IV heroin users initially developed their addiction to prescription opioids and only transitioned to heroin use when they found that heroin was a less expensive and more easily accessible option. IV heroin use comes with a host of additional, far more severe consequences as compared to pharmaceutical pain medication abuse, including:

The Pharmacy Guild also argues that the government Medicare cost of requiring that those who need low dose opioid medication consult a physician will be somewhere in the ballpark of $316 million per year.

The Pharmacy Guild insists that there are far better and more cost effective options to address the issue that do not require involvement of GPs. Specifically, they recommend the implementation of a real-time system for keeping track of all OTC opioid pain medication purchases, similar to that already in place to track purchases of cold and flu medications containing pseudoephedrine. This would not only record the frequency with which people are purchasing these opioid meds, but also prevent people from chemist hopping. Those who are found to be making too many purchases of these medications would be recommended for treatment and would be denied further sales of the drugs.

What starts as seemingly harmless pain management can turn into an addiction before you even know it. If you are concerned about your use of pain medication, or that of someone close to you, contact The Cabin Sydney for an assessment. Our addiction specialists can recommend the right course of treatment for your individual needs and help you find freedom from the grips of opioid addiction. Contact us today.

What do Australia’s Naloxone Subsidies Mean for Your Opioid-addicted Loved One?