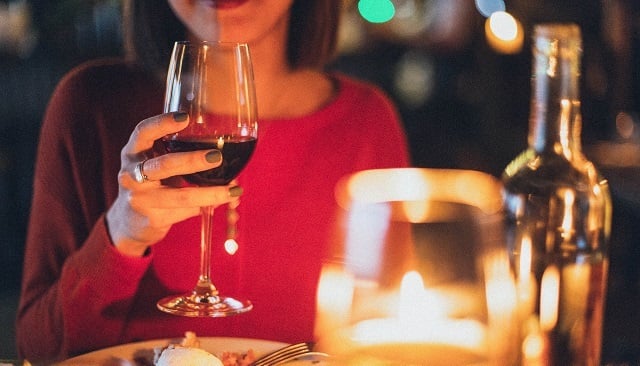 We hear a lot of those dreadful stories that come with alcohol addiction. Let’s pick one: a mother who started drinking during her teenage years and continues doing so – more than three decades after. This story may sound like a normal occurrence if you come across many cases of alcohol addiction on a regular basis. Do you know what can be more threatening than being addicted to alcohol for so long? It is that possibility of passing the same experience to your child later on in life.

From Curiosity to Alcohol Addiction

Trying alcohol for the first time, even at a young age, does not cause for concern. It becomes a problem when that individual repeats the action over and over again. As a first-timer, you tend to get drunk when you drink alcohol. You like that sensation because you seem to forget your problems when that happens. Because of that temporary effect that alcohol brings, you realise that it seems harmless to drink alcohol if the situation calls for it.

Imagine turning to alcohol every single time that you have a problem. Your body tends to get used to the sensation or the after-effects it brings when that happens. This makes you want to drink more alcohol than usual. This is where the addiction sets in and alcoholism becomes a reality.

In Australia, alcohol addiction can start from simple gatherings. It is widespread in the country and is commonly linked to cultural and social activities. You should keep in mind that when a person reaches harmful levels of consumption, drinking alcohol becomes a major health issue. This can even be associated with higher risks of injury, chronic disease, and even premature death.

Here are the latest findings by the Australian Institute of Health and Welfare when it comes to alcohol addiction:

What Caused the Implementation of Strict Alcohol Laws in Australia?

If politician-proponents can justify it, and as you may have heard, these strict laws on alcohol consumption is viewed both as a safety and health measure. This can be because of the growing number of alcohol-related incidents in the past. Are the laws that effective enough to reduce those emergency department admissions related to drinking alcohol?

Who Benefits from The Implementation of these Australian Alcohol Laws?

As pubs are required to pay higher taxes, there is a tendency that they will pass on the burden to their consumers, those who are willing to pay the higher price of alcohol and continue drinking every night. Picture how a 700-ml bottle of alcohol costs $207 in these pubs today. It may seem like the pubs are making money out of this opportunity, ripping off drinkers so that they can make a profit.

Are the Laws Working? Or are They Encouraging More Drinking?

Looking back at who is primarily affected by the huge taxes implemented by the Australian government, the burden would be on a pub owner’s shoulders. However, you have to understand that these business owners will also want to ensure that they exploit these laws by increasing the cost of their alcoholic drinks so that consumers continue enjoying drinks regularly. So, are the laws effectively mitigating the problems or encouraging more drinking?

Spirits cost $9 per shot. This is totally mind-blowing for fans of alcoholic drinks. This causes a lot of people to presume that many drinkers will rather go to a grocery store, buy themselves drinks, and stock up their own fridges. They can even preload on booze before heading out to have additional drinks. With that in mind, it seems like the strict laws have been encouraging more drinking even among ordinary citizens.

Apart from encouraging more drinking due to the stricter alcohol laws in Australia, the authorities also fear that imposing higher taxes on spirits will encourage more people to turn to illicit drugs instead. Considering that a pill will cost lower than a shot of spirits, people who are looking for a way out of a problem, might as well give recreation drugs a try. After all, these alternatives are also accessible as they can be bought on streets, in pubs and nightclubs.

If we try to look back on another country’s history, e.g. back when New Zealand first introduced its own strict laws on alcohol via the Sale and Supply of Alcohol Act in 2012, you will see that the primary reason for implementing such laws is to minimise the harm caused by inappropriate or excessive use of alcohol.

Six years later, a study conducted by the University of Otago found out that the strict regulations did not really have an impact in minimising the number of alcohol-related impairment and injuries. In fact, between the years 2013 and 2017, the emergency department visits in the country as a result of alcohol drinking have remained the same.

If there is only one thing that changed with the introduction of strict laws in New Zealand, that will be the fact that younger drinkers seem to know where they should purchase their alcohol from. They can buy from supermarkets or liquor stores instead of buying them from pubs or night clubs. The study found out too that only one-third of those patients, who purchased alcohol, were involved in an accident, purchased alcohol from bars, taverns, restaurants, hotels, and other licensed premises.

Aside from the facts mentioned earlier, there are also other important things that are worthy to note regarding the implementation of New Zealand’s harsh alcohol laws:

How Does This Impact Australian Alcohol Laws?

Having been one of the first to implement strict alcohol laws, New Zealand is expected to at least have fulfilled the purpose of their laws – to reduce hospital admissions pertaining to alcohol. Results from that research were released right after the NSW government considered rolling back lockout laws in Sydney. The roll back was brought about by the following reasons:

The Situation in Sydney

There are some conflicting numbers that have questioned the effectiveness of lockout laws in Sydney. On a positive note, St. Vincent’s Hospital, which is located in Darlinghurst, reported that emergency admissions related to alcohol consumption had decreased since the laws were implemented.

However, an analysis made by the Bureau of Crime Statistics and Research showed that there was a 12% increase in alcohol-caused assaults in suburbs located just outside the lockout zone. Double Bay, Bondi Beach, and Newtown also reported an increase in night life activity after lockouts were launched in 2014. This showed a significant increase in violence too. This goes to show that the implementation of stricter laws simply shifted problems to newer areas, which were not really affected by alcohol-related incidents in the past.

What Should be Done?

With contradicting results shown after the implementation of stricter laws, the burden now boils down to you – a responsible citizen. If you are willing to assist a loved one whom you think has been affected by alcohol addiction, the next best thing to do is to seek outpatient addiction treatment services in Sydney.

Steps You Must Take When Seeking Alcohol Addiction Treatment

Whether you are an adult or youth, who is addicted to alcohol, you must be able to admit that a drinking problem exists. Start understanding how the effects of alcohol addiction can affect your future. Feeling guilty during the entire process is normal. You should aim to overcome those emotions and you will eventually emerge as a winner.

Identifying Individuals Who are Drinking More Often than Usual

You should learn what the common signs of alcohol addiction are. Never mistake it for simply enjoying a drink. Alcohol addiction causes the individual to be emotionally and physically dependent on alcohol. You must be able to identify signs that indicate if you or a loved one is addicted to alcohol. Among them are the following:

Your Treatment Options for Alcohol Addiction

Alcohol addiction, like drug addiction, cannot be treated in just one session. In fact, because it is complex, you need to choose from more than one of the following options:

Get treated at The Cabin Addiction Services Group. Since our inception, we have been regarded as the leading alcohol rehab centre in Sydney. We offer affordable and effective treatments which is why many Australians turn to us for alcohol addiction treatment. Here are some of the benefits that we provide:

If you or someone you love is suffering from alcohol addiction, you can call us at +61 2 9159 6628. Let us help you get on the road to addiction recovery without delay!