James Franco on Overcoming His Addiction and Depression

Actor, director, screenwriter, producer, visual artist – James Franco seems to do and have it all. But is there such a thing as too much? James Franco talks about his depression, work addiction, previous substance abuse and how he ultimately managed to find a balance. 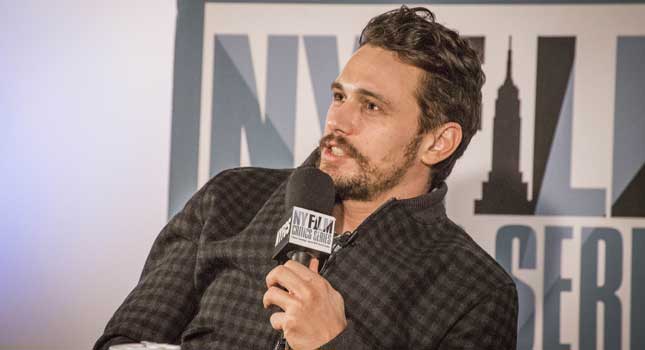 Despite a flourishing career and a glamorous outward appearance, James Franco’s life, it turns out, is not all sunshine and rainbows. The 39-year-old American actor told OUT magazine that he has an ‘addictive personality’ that caused substance addiction as a teen, and depression and work addiction later in life.

Franco’s Teen Angst: ‘I Was Uncomfortable in my Own Skin’

In his teen years, Franco was no stranger to underage drinking, graffiti writing and shoplifting among other crimes which he blames on his ‘teenage angst’: ‘I was uncomfortable in my own skin,’ he said. ‘I was shy.’

At the age of 17, struggling with addiction, Franco threw himself into acting and didn’t resurface until 10 years later. Having poured every ounce of his focus and energy into his work, the actor found the decade had left him feeling isolated, lonely and depressed. It was then that he decided to switch gears and enroll at Brooklyn College, but he soon found that he did the same thing – he had merely switched his acting work for his school work, and it wasn’t improving his social life or lifting his feelings of isolation.

Now, still living a sober lifestyle (Franco hasn’t touched drugs or alcohol since his teen years). Franco has begun what he calls a ‘new chapter’ in his life. He’s finally learning to claim back some time for himself, learning how to surf and taking dance lessons at the International Dance Academy in Hollywood – both of which he considers ‘therapy’.

Why Early Intervention is Key

It took Franco almost 40 years to discover how to live his life in a way that fills him with joy rather than despair, but it doesn’t need to be that way for others who are struggling with addiction, depression or other mental health issues.

The teenage angst that Franco described was a form of anxiety and/or depression that he tried to self-medicate through taking substances and acting out rebelliously. Thankfully his substance abuse didn’t take over his life – but his work addiction did. As he traded one addiction for another, he became so immersed in his work that he neglected his relationships with friends and loved ones, leaving him feeling totally alone and depressed.

Had Franco received professional help to guide him through his feelings of teenage angst and the addiction that followed, he may have been better able to navigate his life into adulthood. An early intervention can provide the coping mechanisms needed to maintain stable mental health through life’s ups and downs. But thankfully, it’s never too late to set your life back on the right track.

Co-occurring Disorders: the Link Between Addiction and Mental Illness

No matter your age or the severity of your addiction, it’s always possible to recover. Though early intervention typically makes recovery easier, if you want recovery, you can have it – it’s completely up to you.

In Franco’s case, it’s likely that he was dealing with what we call co-occurring disorders. His depression and anxiety about not feeling comfortable in his own skin led him to first dive into the use of substances to make life more bearable, and later to become so engrossed in his work that his personal life almost ceased to exist. In his work, he felt comfortable, but his relationships fall away as he neglected to nurture them.

Both substances and his career were used as coping mechanisms for the turmoil that Franco felt inside – and this is the case for most addicts. An underlying problem or mental health disorder often encourages you to self-medicate through substances or addictive behaviours like work, sex, gambling, internet or food. Common mental health disorders that accompany addiction include anxiety, depression, bi-polar disorder and trauma. Traumatic events such as the loss of a loved one, divorce or a major accident can trigger emotional states that can result in addictive behaviours.

The Cabin Sydney Can Help

If you can relate to James Franco’s story and you want to walk away from a life of addiction towards a life of joy and fulfilment, then it’s time to ask for help.

The Cabin’s highly effective treatment programme has helped thousands break free from a life of addiction and mental illness by treating co-occurring disorders simultaneously for optimal results. At The Cabin Sydney, we offer both one-on-one counselling and group sessions where you will connect with others dealing with situations just like yours.

If you would like to learn how to overcome your addictions and restore balance to your life, we can guide you every step of the way. Contact us to start your journey to joy and fulfilment today.