While the country’s headlines have focused on Australia’s meth addiction, heroin addiction has been rising quickly in the shadows. 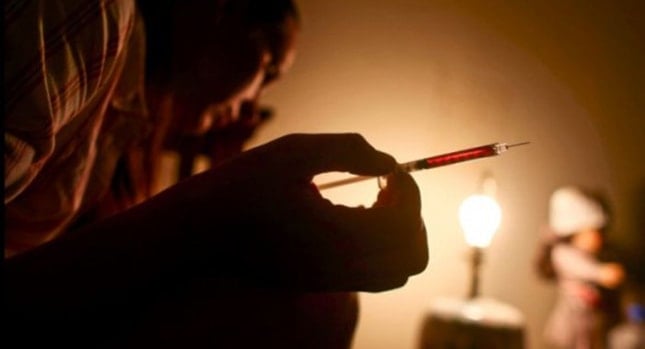 While still in the midst of an ice epidemic, Australia may be facing another equally damaging drug problem as heroin addiction seems to be making a comeback. With the national spotlight on methamphetamine use, the rise in heroin addiction has largely occurred under the radar.

Heroin use in Australia peaked in the late 1990’s—a time when discarded needles could be seen in the streets, concerns about the spread of blood borne diseases were high, and the media was spreading outrage about crime and violence due to the drug.

However, after a sharp decrease in supply, people who were addicted to heroin switched to other drugs. The current ice epidemic can at least be in part attributed to the heroin drought. The drug market is just like any other market, when one drug’s supply is diminished, an increase in supply of another steps up to take its place.

Why Heroin Addiction is making a Comeback

Odyssey House, one of the largest drug rehabs in NSW, has seen a significant spike in admissions of heroin addicts over the past year. In 2014-2015 there was a 165% increase in heroin addiction cases at the drug rehab centre, and heroin addiction now accounts for 29% of the total number of patients admitted.

Methamphetamine users are just ahead and make up the largest proportion of patients admitted at 32%. Meth has taken the spotlight as Australia’s most feared drug, yet it is clear that in terms of scale, heroin addiction is now almost equally as concerning.

Australian Drug Foundation policy director Geoff Munro says that drug rehab admissions are a good indicator of overall drug use, and that the current situation at Odyssey House with heroin addiction is indicative of a broader trend in supply and use of the drug.

Odyssey House chief executive officer James Pitts says heroin is cheaper and more pure than what has been available in recent years. According to Munro there are also reports that more heroin is arriving in Australia and it is predicted that the amount available will continue to rise.

According to The World Drug Report, published annually by the United Nations Office on Drugs and Crime, opium cultivation has persisted and even increased – largely in Myanmar and Afghanistan. Especially in Afghanistan, opium poppy eradication efforts have diminished. The withdrawal of US troops has led to local farmers being pressured by the Taliban to focus again on opium production instead of wheat and corn crops, which they were previously encouraged to grow.

While increased supply is certainly a factor in drug users switching to heroin, there is another potential problem which could be contributing to more people picking up the needle that has gone largely unreported in light of the media hype about ice: prescription opiate abuse.

Both meth and heroin are powerfully addictive drugs and the tables may be turning again to a point where heroin surpasses meth as Australia’s most problematic drug. The process of changing drug trends is a reminder that there is no one drug problem and people struggling with addiction will change their drug of choice based on availability. It is addiction that is at the heart of the problem and addressing and preventing addiction compassionately and effectively is part of the solution.

Heroin has held the spotlight in the past as a feared public health crisis because the negative effects of use are severe and life threatening, and the potential for addiction is very high. Early intervention can increase the chances that someone will recover from heroin addiction. This can start with learning to recognise the early warning signs of heroin use such as pinpointed pupils, slow breathing, nodding in and out of wakefulness at odd times, and of course finding drug paraphernalia.

Also, recognising and getting treatment for a prescription opiate addiction early on could help prevent people from turning to heroin, which is a more dangerous and difficult problem to treat.

Crystal meth, or ice, is also in the spotlight for being an equally devastating and addictive drug. Without treatment, both heroin and meth addiction can be deadly. All addictions are serious and effective treatment options are one key to solving overall drug related problems such as crime, loss of productivity, and death.

After an initial stay in residential treatment, or for those who have not yet ‘lost everything’, our outpatient treatment centre, The Cabin Sydney, offers an effective and affordable treatment option. If you or someone you know is suffering from heroin, meth or any other type of addiction, contact us today for your, no obligations assessment. Our staff will be able to get you started on a personalised treatment plan to start your recovery.