Come for the Music, Stay for the (Ecstasy) Party, Leave via Ambulance

Ecstasy-related deaths are a growing problem at Australian music festivals. They can be attributed to attendees’ nonchalance towards the dangers of this drug, plus the fact that the pills they purchase are not quite what they expect. From a call for increased awareness to on-site pill analysis, learn what can be done to protect yourself and, if necessary, get help for ecstasy addiction. 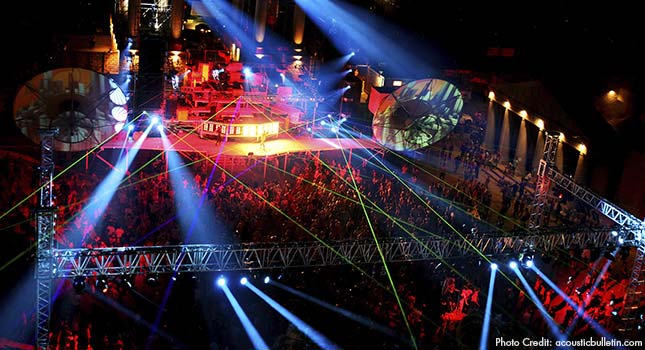 Music festivals play a huge role in Australian culture today. With tens of thousands of people attending annually to enjoy the music, dance, soak in the atmosphere of positivity and freedom of expression, and be with friends. To enhance their experience, many are also indulging in mind-altering drugs like ecstasy.

Festivals like Beyond the Valley in Victoria, Field Day and Lost in Paradise in NSW, Southbound in WA and Falls Festivals’ three shows along the Australian east coast draw enormous crowds of revellers looking to get their euphoria on.  But along with the fun-spirited dancing and partying, these gatherings bring with them a grave cause for concern. Tragic drug-related deaths have become a growing problem for young Australians, with six deaths last year at music festivals alone.

In January 2016, a 23-year-old woman was taken to St. Vincent’s hospital in critical condition after reportedly overdosing on drugs at Sydney’s Field Day music festival. She has since been released from the hospital, following a remarkable recovery. On the Sydney Field Day music festival event grounds, 212 attendees received paramedic treatment, and five were transported to nearby hospitals for medical treatment. In November 2015, the Stereosonic festival rendered two ecstasy-related  deaths in one week; 19-year-old Stefan Woodward was rushed to the hospital and died after taking drugs at Boynthon Park in Adelaide, and 25-year-old Sylvia Choi died after taking ecstasy at the Sydney leg of the multi-location festival. Two more people were hospitalised at the Adelaide event. Nigel Pauljevic, 26, died and eight people were hospitalized at the Defcon 1 festival in Penrith in September 2015. The previous year, 19-year-old Georgina Bartter died of multiple organ failure after ingesting one and a half “purple speaker” ecstasy pills.

In 2015, the Australian Institute of Health and Welfare’s National Drug Strategy Household Survey reported 27 percent of Australians aged 20-29 years had used illicit drugs in the preceding 12 months, with eight percent having used ecstasy during that period. The 2014 United Nations World Drug Report found Australians had the world’s highest rate of ecstasy consumption.

Ecstasy has become increasingly dangerous due to its increased potency and makeup of unknown ingredients.  In fact, Australian ecstasy is some of the most dangerous in the world. American drugs addiction information service Project Know conducted a study comparing ecstasy pills from the US, UK, Canada, Netherlands and Australia; which revealed that Australian ecstasy contained the highest percentage of unknown ingredients – over 25% of its ingredients were totally unidentifiable.  Ecstasy from Australia is also comprised of the highest levels of paramethoxymethamphetamine (PMMA), a dangerous substance that has been linked to deaths in Australia and elsewhere.  PMMA causes extreme body temperatures and seizures.

There is also growing concern among health professionals that today’s ecstasy has increased in strength threefold – as more drugs are being manufactured in places like China with highly concentrated potencies Drug-analysis results in Europe, for example, have recently shown ecstasy pills to contain up to 300 milligrams of methylenedioxy-methamphetamine (MDMA); the standard dose is 100 milligrams, and it is likely that pills of similar strength are available on the Australian market.

Many people regard ecstasy use as ‘no biggie’ or consider it safe, but even a standard dose can be dangerous or fatal, according to  Canberra emergency room doctor, David Caldicott. NSW Police Detective Inspector Grant Healey backs him up saying, “Every time you take those drugs you’re putting your own life at risk.  The people who are making these drugs don’t care about you, they don’t care about anything else except for making their own profits.”

Calls for Ecstasy Drug Checking and Other Preventative Measures

People involved in the festival scene and harm reduction workers both have been voicing a need for an analysis of the drugs that are available at music festivals (aka as “drug checking”).

This is so that festival-goers can find out what is actually in the drugs that they have purchased. Harm Reduction Victoria, for example, has called for onsite drug analysis labs at festivals.

VICE Magazine, in protest of anti-testing laws, conducted its own ‘drug checking’ at a festival. A participant named Gus, whose supposed MDMA turned out to be amphetamine, responded, “The guy I bought it from is…shady as hell.  I was going to take it (the drugs) without any thought, but now this has got me a little scared.”

Many participants found that instead of getting the drug that they believed they were purchasing, they instead got drugs that offered the opposite effect, or the drugs were comprised of a variety of unexpected substances. In fact, it was rare that that the test kits confirmed what people thought they had purchased.

There seems to be a high level of awareness within drug-using communities that drug analysis services are available, and people are asking for it.  In European cities like Amsterdam, drug analysis or checking has been available for years, and city officials regularly warn people about dangerous batches that are going around.

Research has shown that ‘drug checking’ can lead to dramatic improvements in more careful use of drugs. One study by Harm Reduction Journal concludes that “Drug checking combined with a consultation appears to be an important harm reduction and prevention measure that reaches a group of consumers with high consumption frequency and polydrug use.”

Perhaps one of the most adamant supporters of safety measures is Stereosonic’s founder Richie McNeill, who says in an interview with In the Mix Magazine:

If it (drug analysis) saves lives it should be allowed. It also makes the government aware of what is being sold, so that they can give out warnings [when pills are bad]. I go to events in Amsterdam and there are signs up at some venues telling you what is on the market and what to stay away from. That can save people’s lives. I think it’s ridiculous that stuff can’t get tested here. Pill testing isn’t promoting drugs; it’s making them safer, and the majority of the time, it is deterring people from taking drugs.”

McNeill has also called for more police presence at festivals.  Other preventative measures include “amnesty bins,” which are garbage bins made available to prevent dangerous situations in which partygoers panic and take multiple pills at once when they anticipate being searched.

Peer education and interventions such as those provided by Dancewize, part of Harm Reduction Victoria are also effective.  Key peer educators are tasked with disseminating health information about drugs, alcohol and sexually transmitted infections.  They also provide safe spaces and “trip sitting” for people who may be responding poorly to psychedelic drugs, to name a few.

Government authorities have taken a harsher stance on drug prohibition, saying that measures like providing drug analysis kits and chill-out rooms are tantamount to condoning drug use.  NSW Premier Mike Baird says new laws will be put into place that could ban festivals for having allowed drug use on their premises.  The laws will shift responsibility onto music festival organisers and include measures like more stringent searches at entry points.  “Individuals need to take responsibility for their actions, but so do the organisers of these festivals,” says Baird. “Enough is enough. This simply has to stop.”

NSW Deputy Premier Troy Grant adds that if organisers do not improve their safety standards, “They could potentially be shut down.”  Sex Party MP Fiona Patten has joined calls for drug analysis at events in Victoria, and the motion will be examined in a Victorian parliamentary inquiry into laws and procedures on illicit drugs.

Ecstasy-related deaths are often the result of the body’s reaction to an unknown chemical substance that is used to produce the drug. Ecstasy users can also die when the effects of the drug combine with environmental factors like overheating or dehydration that can result in fatal heat stroke, or from taking a polydrug combination. The euphoric, psychedelic, and energy-boosting properties of ecstasy make it popular among festival-goers and young people, but this unregulated black market drug is dangerous. As its frequency of use is increasing, the negative side effects are also mounting.

When used every weekend, or even every month, a person’s tolerance to ecstasy develops quickly, meaning one needs a higher dose each time to achieve the same high. Using higher doses of ecstasy, which has likely been cut with a bouquet of other dangerous chemicals, can lead to many health problems including heart failure and death.   Also, developing a tolerance is one sign of ecstasy addiction.

Denying that one has a problem or considering ecstasy use ‘recreational’ is common. However, if you have tried to abstain from using ecstasy but have not been successful, seeking help for ecstasy addiction is necessary. Ecstasy addiction treatment can usually be successfully completed in an outpatient rehab setting.  At the Cabin Sydney, our research-based Recovery Zones treatment model offers an integrative, modern and highly successful approach to addiction recovery.

If you or someone you know is struggling with ecstasy addiction, contact us today to find out how you can get help.