A recent study finds brain cell death is one of many frightening consequences of cocaine use.  Learn about the risks of cocaine addiction and how you can stop. 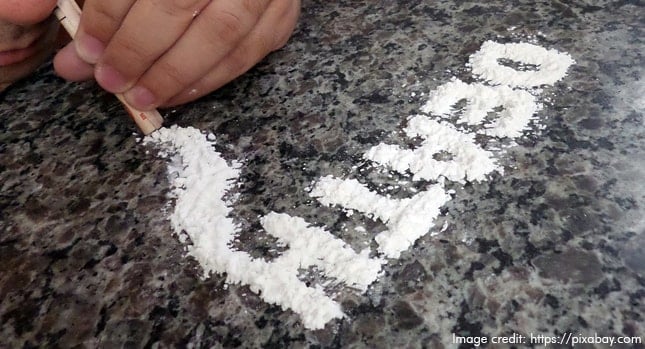 A recently conducted study has found that cocaine causes brain cells to literally eat themselves — adding another risk to cocaine addiction.  The study by Johns Hopkins University in the U.S. found evidence of a process called autophagy in the brain cells of mice who had been given the drug. Autophagy, a derivative of the Greek words “auto” meaning self and “phagy” meaning eating, is a process by which cells in the body eat themselves.  It is a normal physiological process that helps cells get rid of the waste they naturally produce, but in the case of cocaine use, autophagy goes into overdrive, causing the cells to eat important materials like mitochondria, the crucial powerhouse of the cell.  An experimental drug called CGP3466B is thought to be a possible treatment solution for humans as it protected mouse nerves from cell death during the study.  CGP3466B is safe for use in humans and has been tested in clinical trials to treat Parkinson’s and motor neuron disease, but more research is needed to find out if it can also be effective for people in offsetting the damaging effects of cocaine use on the brain.

Cocaine, also known by its many street names like coke, coca, beam, blow, snow, dust, candy, caviar, big flake, big C and toot, is a powerful substance that has major impacts on brain function.  Cocaine produces a high by the activity it affects deep in the brain: it inhibits chemical messengers so that neurotransmitters like norepinephrine, serotonin and dopamine cannot be absorbed and begin to form a backlog.  This accumulation of feel-good chemicals is what causes a user’s high.  Cocaine is a highly addictive, high abuse, high dependency risk stimulant.  People who become addicted to it may eventually favour getting high over other interests and obligations in their lives, and their lifestyles can change completely as the addiction intensifies.  This can result in such negative consequences as spending thousands of dollars on binges, job loss, bankruptcy and even death.

Cocaine is a major contributor to the health burden that makes Australia a global leader in drug problems. According to the National Drug Strategy Household Survey, 7.3% of Australians over 14 years of age have used cocaine at some point in their lives. There is evidence to suggest that Sydney is the cocaine capital of Australia, as cocaine use here has been recorded as four times higher than cocaine use in Melbourne.  This is due in part to its increased availability and social acceptability of the drug in recent years. Despite Australia’s seemingly casual attitude, however, cocaine is a highly toxic drug whose use brings with it serious health risks.  According to the Australian Drug Foundation, “There is no safe level of drug use” when it comes to cocaine.  Brain cell autophagy is not the only worrisome health impact induced by cocaine; it has myriad health risks, for example:

Both length of use and dosage are of concern — regular use of cocaine leads to chronic disorders in users like depression, anxiety, paranoia, sexual dysfunction, hypertension, and heart disease.  High doses can cause nausea and vomiting, extreme anxiety, chest pain, panic, tremors, kidney failure, seizure, stroke, heart problems, even coma and death.  High doses are known to trigger “cocaine psychosis,” in which users suffer from paranoid delusions, hallucinations and out of character aggressive behaviour.

Cocaine has a glamorous image associated with rock stars, celebrities and high status, but the reality of cocaine use is anything but.  In addition to all of its aforementioned unglamorous health impacts, cocaine poses serious legal risks.  Bobby Brown, Paris Hilton, DMX, Bruno Mars — countless celebrities have been arrested for cocaine possession. In Australia, cocaine-related convictions can carry heavy criminal penalties. One can be charged with trafficking for selling or intending to sell cocaine, supplying for giving it to another person, even if it is not sold, possession or use. In New South Wales, the maximum sentence for possession of 250 grams of cocaine is 20 years; for one kilo, it is life.  Even convictions of possessing small quantities of cocaine without trafficking are punishable by a sentence of up to 2 years — a high price to pay for a short-lived high.

While cocaine addiction can have devastating effects, it is important to know that quitting cocaine is possible and help is around the corner. At The Cabin Sydney, our treatment approach uses the Recovery Zones model, a highly effective, proven method that includes individual counselling and group therapy sessions. We offer expert, confidential outpatient treatment at our world-class facility in Sydney, allowing clients to get support in stopping and recovering from their addiction without disrupting their work or social lives.  If you are worried that you or someone you love has developed a cocaine addiction, it is crucial to reach out for professional help now. Here at The Cabin Sydney, we offer an initial assessment service.  Contact us today to find out how you can get help.