Internet addiction has a firm grip on Australia. With 13.4 million Australians now spending 18.8 hours per day online, and New South Wales leading this trend, Australia’s internet addiction is operating at high speed. And it is not just us. People worldwide are finding it difficult to unplug. As the world spends a growing portion of its waking hours online, we look into some driving factors and the impact this has on people’s lives. 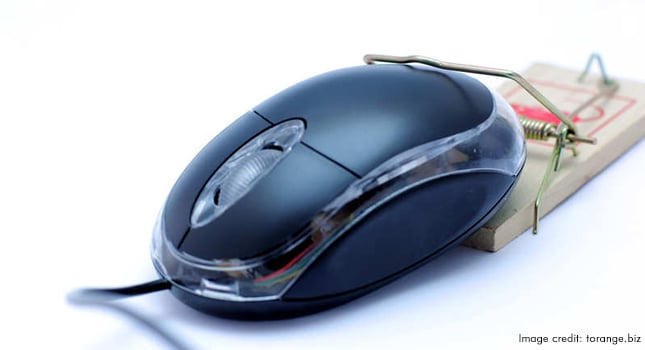 Appetite for Internet in Australia

Internet use consumes an ever-growing portion of our lives in Australia: 13.4 million of Australia’s 23.1 million population spend 18.8 hours per day online.  New South Wales, at 32 percent of the internet population, has the largest share.  Australians visit Facebook 16 times per week on average and are responsible for 9.8 million unique visits to the site each week.  This is more than the US and Britain.

The 2015 Psychological Society’s Stress and Well-being in Australia Report even includes a section on FoMO (fear of missing out), stating in its key findings that “More than one in ten Australians (12%) report ‘issues with keeping up with social media networks’ as a source of stress.”  As more and more people become wrapped up in social media addiction, psychologists are scrambling to keep up with this.

It is not just Australians who suffer from the inability to unplug.  Internet addiction is a widespread epidemic in Korea, China and Taiwan, and studies have documented it in Italy, Pakistan, Iran, Germany, and the Czech Republic.

People generally use their smartphone about twice as much as they think they do. The average person looks at his or her smartphone 221 times per day – once every 4.3 minutes. There is even a word for the fear of being out of mobile phone contact: ‘nomophobia.’ Because of the way internet use relates to our psychological makeup, the onslaught of informational snippets can be exhausting for the mind, leading to burnout, anxiety and sleep disorders.

With Internet Addiction, Kids Are Not Alright

Of those suffering from internet addiction, teens are (perhaps not surprisingly) the hardest hit.  Australian Medical Journal published research showing that older Australian teenagers now spend more than six hours each day multi-tasking with a variety of media, from internet to instant messaging to television.

A study by Dr. Mubarak Ali of Flinders University in Adelaide on the impact that internet use has had on Australian teenagers found that one-third of the study participants were “in the process of becoming psychologically addicted,” and teenagers, on average, spent 13 hours per week online. Seven percent of teenagers aged 13 to 17 described themselves as “becoming addicted” to the internet and another 26 percent said they use it every day and considered it “an important part of their lives.”

South Korean parents are even sending their hyper-connected kids to digital detox boot camp, where teens are learning for the first time how to cope without being in constant contact with friends online, or furthermore, how to interact with the real world.  The Australian Psychological Society finds that teens who connect to social media more frequently (five or more times per day, i.e. heavy users) are significantly more likely to experience aspects of FOM (fear of missing out) such as:

The pressures of social media, constant stimulus and nagging sense of needing to reply to an unseen message or tag someone can lead to issues with teens’ social development, sleep patterns and stress levels overall.

Like other types of dependence, internet addiction involves the neurochemical, dopamine, which is related to reward-motivated behaviour.

Says Dr. David Greenfield, Assistant Clinical Professor of Psychiatry at the University of Connecticut School of Medicine and founder of the Center for Internet and Technology Addiction, “If you get a notification, your dopamine level goes up, and if you check it and it’s really good it reinforces that dopamine hit with a little bit more.  If something’s pleasurable you’re more likely to repeat it. When the pleasure is variable, you’re more likely to do it in a compulsive manner.”

This positive feedback loop is enabled and encouraged in our day-to-day routines as our computers and smartphones allow us to be connected 24/7/365.  Checking our phones every spare moment we get, from the time we wake up to the time we fall asleep, can become a seriously ingrained (and seriously unhealthy) habit. The urge to be constantly abreast of notifications can cause anxiety, especially in the event that you do not have your phone, signal or battery life.

According to Perth-based psychologist, Marny Lishman, “(You are) getting messages all the time. The minute that happens, your senses take in the information, and your brain has to do something with that information. And if it is stressful content, then there is a change physiologically; your brain is going to release adrenalin and cortisol before you go to bed.”

Other addictive qualities of the internet include easy access, sense of timelessness, the hypnotic quality of the screen, and the unfinished, intermittent nature of information.  Internet addicts’ brains become conditioned by what they view on the screen.

Internet addiction can come in many different forms, such as cyber-sex addiction, cyber-relationship addiction, internet-related compulsions, information overload and online gaming addiction. It has a synergistic effect that can work in conjunction with other addictions. It can interfere with everyday life, relationships, work and school. This usually happens when the user starts to compulsively or excessively go online, or finds that they are more comfortable around their online friends than they are with their peers in real life.

Like most addictions, internet addiction stems from complicated psychological and mental issues, which need to be addressed and treated if the addicted person wants to recover from his or her problem. If you think that your internet usage is reaching the point of addiction, it is important that you seek professional help.

The Cabin Sydney is an outpatient addiction treatment centre that focuses on all types of substance and process addictions, including internet addiction. Internet addiction is most prevalent through the ages of 17-35, and therefore many of our clients are either at school, university or work. Our flexible scheduling hours allow clients to base their treatment programme around their busy lifestyles, which ensures that the treatment encroaches on their personal lives as little as possible. And our unique treatment model, Recovery Zones, is specially designed to combat addictions where complete abstinence is not possible in daily life.

If you think your internet use has reached the point of addiction, contact us today to find out how we can help.