Current studies reveal that alcohol abuse is responsible for harming one million Australian children – and they are only the ones that we have been made aware about. How much harm does alcohol really do? 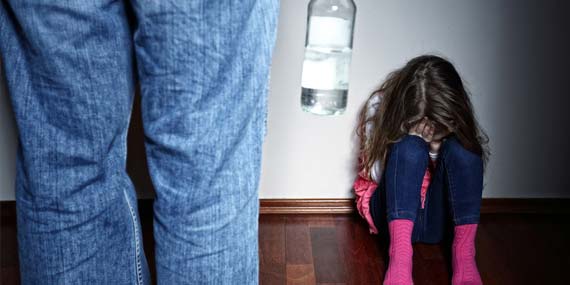 Australians can no longer hide from the facts: alcohol abuse is a major factor in the perpetuation of violence against children and within families. In the past, policies have focused on preventing harm due to alcohol abuse in the public sphere, but organisations are now shining light on the dark and hidden effects that alcohol has inside private homes – and it is quite frightening.

Australia’s Foundation for Alcohol Research and Education (FARE) are at the forefront of documenting harm caused by alcohol, and are currently calling for action. The organisation’s landmark study The Range and Magnitude of Alcohol’s Harm to Others was published in 2010, detailing the harm that abusing alcohol can cause to others besides the drinker themself.

The study found that alcohol is a factor in at least one-half to two-thirds of intimate partner violence incidents, depending on the state. In addition, approximately 34% of all child protection cases also involved alcohol as a factor. Over 10,000 children are in the child protective service system because of a caregiver’s drinking.

However, in the five years since their landmark study, there have been no alcohol policy changes in Australia. The team asserts that the Australian government’s response to alcohol’s implication in family violence has been “grossly inadequate”.

More recent reports state that one million children are harmed by other people’s drinking in Australia. Children are victims of alcohol related harm in one of five Australian households. This means most Australians know someone who is negatively affected by alcohol misuse — yet they are unaware or blind to the harmful effects of alcohol as the nation continues to glamorise their drinking culture.

In addition, Aboriginal and Torres Strait Islanders experience the highest rates of alcohol related trauma in the world. The suffering endured behind closed doors by too many Australians at the expense of alcohol abuse is shameful — and something needs to change.

How are Children and Families Harmed?

Unfortunately , children, our most vulnerable members of society, are bearing the weight of harm related to alcohol abuse.

As we now know, alcohol abuse is a factor in more than half of intimate partner violence incidences. In families where there is violence between partners, the likelihood of child abuse also increases, as do the potentially negative psychosocial outcomes as the children grow older.

When alcohol is misused in the home,  at the very least, children are observing poor drinking habits. However, it often also means that they are exposed to trauma and violence or left to care for themselves. Alcohol abuse amongst adults frequently leads to children being verbally and physically abused, neglected, and exposed to violence between others — often within their own home.

In one rehabilitation centre, a counsellor describes the emotional impact she observes in children with a family member battling alcohol addiction. These children often exhibit fear, low confidence and self-esteem, and have difficulty forming healthy relationships. Exposure to alcohol-fuelled violence and trauma in childhood can have life-long effects on a child’s ability to function normally.

While we can no longer dismiss the co-occurrence of alcohol abuse and violence within homes, Victoria’s chief executive of domestic violence, Fiona McCormack, cautions that it is a myth that alcohol causes domestic abuse. The main cause of domestic abuse is a need for power and control on the part of the abuser, and this is fuelled by sexist attitudes and unequal power relationships. However, with alcohol abuse in the equation, these needs of control are exacerbated.

Many people abuse alcohol without abusing their partners and vice versa. An abusive person will be abusive whether or not they are under the influence of alcohol, but alcohol can make the problem worse. Verbal abuse may become physical, and the severity of abuse when alcohol is involved is greater.

And while alcohol misuse alone does not cause domestic abuse, the resistance to focus on drinking as a factor in perpetuation of violence (with so many statistics to prove this), is also not helpful. It makes you wonder if the fear that actively acknowledging the correlation between alcohol abuse and violence will free people of responsibility for their actions has kept the discussion underdeveloped.

McCormack and FARE both agree that alcohol policy makers and intimate partner violence prevention should combine their efforts.

What Needs to be Done?

If abuse of alcohol and violence continue to correlate at astounding rates, which they likely will, policies need to change in order to help reduce the impact of alcohol-related harm on children and families.

FARE has proposed policy changes that have been shown to reduce alcohol consumption, such as limiting availability, raising alcohol taxes, and regulating alcohol promotion. No changes have been made, but they are continuing to pressure governmental systems to do something to curb alcohol consumption and reduce its related harms to society.

Targeting binge drinking among young people may present the opportunity to also prevent future violence. Getting people help for drinking problems before they escalate, while educating them about how to form healthy relationships, could improve both rates of intimate partner violence and alcoholism.

Forming collaborative efforts between anti family violence organisations and alcohol abuse prevention could be the most effective way to fight the problem. In one Australian addiction treatment centre, a counsellor describes how they address substance abuse disorders along with parenting skills and household management issues. Adults receive 11 months of treatment and work on re-establishing healthy parent-child relationships.

Addressing substance abuse alone may serve to decrease the level of violence, but when this treatment is combined with treatment for other mental health disorders and aimed at education about healthy family systems, the level of improvement could be substantial. Long-term treatment is key to changing entrenched maladaptive behaviours including violence. A recovery programme that integrates cognitive behavioural therapy in its approach is recommended and if the family can concomitantly access  a family programme, benefits are reaped all around.

Of course, prevention through policy change and education is the best solution in the long-term, but helping rehabilitate those who are already abusing alcohol heavily, and violently or indirectly harming children in the process, is also essential.