A bill has been passed in Australia that plants the seed for the cultivation and use of medical marijuana legally. Here we look at some pros and cons, who could benefit, and some of marijuana’s health effects. 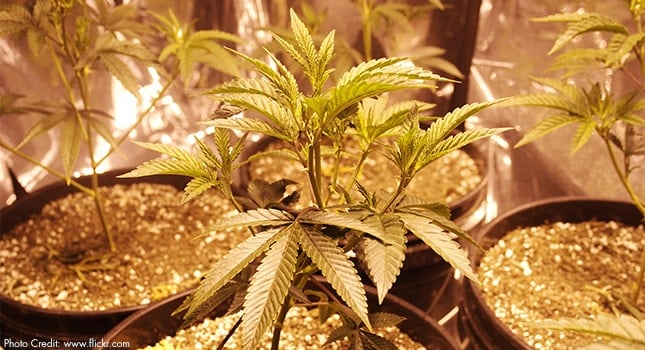 The somewhat contentious Narcotic Drug Amendment Bill 2016 was introduced to Parliament by the Liberal Party and passed on February 10, 2016. In an attempt to amend the Narcotic Drugs Act of 1965, this bill if later brought into law by the legislature, would allow for the countrywide cultivation of cannabis for medicinal and scientific purposes. Doctors would be authorised to prescribe marijuana and related medicinal-grade products to patients suffering from chronic pain.

This bill was passed on the one-year anniversary of the death of Daniel Haslam, who lost his life to terminal bowel cancer at age 25. Haslam used marijuana during his illness to treat nausea and pain.  Following Haslam’s death, his mother founded the medical marijuana advocacy group, United in Compassion, with the aim of pressuring lawmakers to legalise marijuana.

Haslem’s story was referenced during the deciding legislative session by Senator Richard Di Natale who said, “It is incredibly fitting that today we are passing this bill which is one step towards making medicinal cannabis accessible to people like Dan.” Health Minister Susan Ley said also that “This government understands that there are some Australians suffering from severe conditions for which cannabis may have applications, and we want to enable access to the most effective medical treatments available.”

Prior to the passing of this bill, Australian researchers and patients participating in clinical trials of marijuana had to obtain legal medical marijuana from the international market, which limited supply and increased costs.  This new law will make way for a sustainable supply of marijuana that can be used for scientific research and, eventually, medicinal cannabis products.

The marijuana grown in Australia will not be immediately available to the general public. It will likely be quite some time before pharmaceutical grade marijuana products will become readily available to patients.  Drafting regulations surrounding issues like production, distribution, licensing and security requirements is expected to take at least six months to complete.

This amendment likewise states that “manufacturing can begin once a medicinal formulation of cannabis is identified.” According to an article by VICE, this ‘medicinal formulation’ is currently under development at the University of Sydney, where a $33.7 million [US $24 million] donation (the largest ever in Australia) is funding studies looking into the treatment of severe epilepsy, palliative pain, and nausea associated with chemotherapy.

There is a large group of medical professionals who believe that marijuana can relieve certain types of pain, nausea, vomiting and other symptoms caused by terminal illnesses (such as terminal cancer, multiple sclerosis and children with intractable forms of epilepsy). As former US Surgeon General Joycelyn Elders said, “[Medical marijuana] can do so with remarkable safety.  Indeed marijuana is less toxic than many of the drugs that physicians prescribe every day.”

However, while many regard Australia’s marijuana bill as a triumph, boasting support from both ends of the political spectrum, some people point out the shortcomings of marijuana as a medicinal cure-all – stressing that marijuana’s potential dangers also need to be considered.

Sceptics cite the lack of consistent scientific data available to prove marijuana’s medical benefits. The National Eye Institute, for example, maintains that “…None of (our) studies demonstrated that marijuana – or any of its components – could lower IOP (intraocular pressure) as effectively as drugs already on the market.

“In addition, some potentially serious side effects were noted, including increased heart rate and a decrease in blood pressure in studies using smoked marijuana.  The identification of side effects from smoked marijuana, coupled with the emergence of highly effective FDA-approved medications for glaucoma treatment, may have led to diminished interest in this research area.”

When marijuana is smoked, Tetrahydrocannabinol (THC), the active ingredient in marijuana, almost immediately begins affecting the nervous system, immune system and almost every organ in the body.

THC after it is consumed can increase heart rate two-fold for up to three hours – in rare cases causing a heart attack.  THC can also lower blood pressure and affect blood sugar levels.  It irritates the lungs, leading to cough, chest colds or lung infections. Other side effects include dry mouth, dizziness, shortness of breath, red eyes and increased appetite. The drawbacks of marijuana use also include interference with memory, perception and judgment. Smoking marijuana has been linked to car crashes and workplace incidents due to hampered reaction times.

When not “high,” people can experience withdrawal symptoms such as moodiness, disrupted sleep patterns or restlessness.  Marijuana Addiction develops when the brain adapts to large amounts of the drug by reducing production of and sensitivity to its own cannabinoid neurotransmitters. This group of receptors is located throughout the central and peripheral nervous systems and is involved in a variety of physiological processes including appetite, pain-sensation, mood, and memory.

Treating Marijuana Addiction: Coming out of the Haze

Our marijuana addiction treatment programme at The Cabin Sydney is based on our internationally recognised Recovery Zones method, which combines CBT with a modern take on the 12-Step programme. Our staff are all highly qualified and professional. All clients are offered individual counselling and group therapy.  If you or someone you know is struggling with a marijuana (or other) addiction, contact us today to find out how we can help.