Australian Senator, Jacqui Lambie, is pushing for forced rehab in an effort to combat ice addiction — but there may be more important changes that need to be made first. 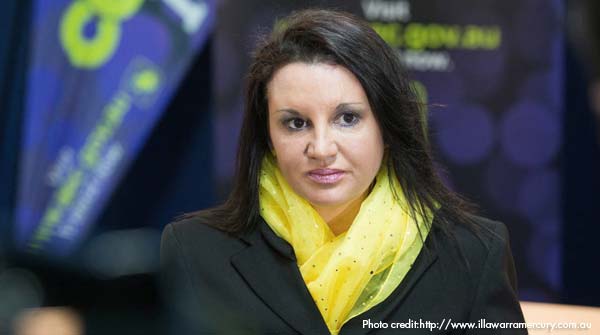 Independent Senator Jacqui Lambie recently shared with parliament, and then again on ABC’s 7.30 programme, that her 21-year-old son Dylan is struggling with an ice addiction. The Senator says she is determined to combat Australia’s growing ice problem, and feels that on a personal level she has no control over her son’s addiction.

After making the announcement she visited Tasmania’s Serenity House, a drug detox centre where clients can voluntarily enter for two weeks to get sober in a safe and supportive environment. While there, she talked with staff about her struggle to help her son and asked for support and advice — not as a politician but as a mother.

However, publicising her son’s ice addiction was met with some controversy as the President of the Australian Drug Law Foundation Dr Alex Wodak said, “I’m very sympathetic with her plight, (but) I do not think it’s a great idea at all to reveal somebody else’s health problem to the nation.” He went on to suggest that everyone deserves a right to privacy, including Ms Lambie’s son, and that going public with her personal battle may not have been the best way to deal with the situation.

Her son also backlashed, saying that he felt betrayed and disappointed that his mother ruined his reputation by telling the nation he is an ice addict and denied the claims, although he did admit to using the drug ‘socially’.

As ice is a highly addictive drug, using it even once a week is likely to lead to ice addiction over time, and as Ms Lambie claims, her son is likely in denial that his use is out of control. However, publicly announcing his situation is still controversial.

Her introduction of the bill came only a day after announcing her own struggles with her son’s ice addiction and the fact that she cannot make him detox. She acknowledged the fact that Australia does not currently have the addiction treatment resources to support her mandatory detox programme, and suggested that the country could turn old detention centres into detox facilities. She believes this could be a cost-effective solution that ultimately gives parents more control over the plight of their drug addicted children. To combat ice addiction, Australia definitely needs to discuss policy change, but forced rehab may not be the best option.

Parents understandably want to do everything in their power to help their children who are struggling with addiction, however some professionals believe that forced rehab is an unrealistic solution and could create more problems.

Calvary Riverina Drug and Alcohol Centre manager, Brendan McCorry, says that seeking family treatment is a more effective option than forcing youth into rehab when they do not want to be there. According to McCorry, forced rehab criminalises addiction even more, and when it comes to ice addiction the media hype has already labelled addicts as criminals, which in itself keeps many from seeking treatment on their own.

McCorry goes on to say that Australia’s existing addiction services need to be improved, and that forced rehab could lead to overcrowding already limited resources. He of course also empathises with families who are struggling with their loved ones’ addictions. He says, “All exposure to treatment has benefits. I can understand why families want to put them (kids) somewhere safe, but treatment centres are not lock down.”

In addition, what Senator Lambie continuously refers to in her discussions about her son’s meth addiction and her proposed plan is ‘detox’, which is only the first step of addiction treatment and alone has very poor success rates in helping people stay sober in the long run. Simply forcing people into two week detox programs without having continued long-term treatment is unlikely to solve any problems.

It is true, however, that addiction treatment does not have to be voluntary to be successful. Many addicts do enter treatment involuntarily on a court order, or are convinced to enter treatment during a planned and well executed intervention by family members. Like Brendan McCorry said, any exposure to treatment can be beneficial. Often, once addicts are in a treatment programme and surrounded by other people who like them are trying to get well, and get to work with trained therapists, they can move through the stages of change rather quickly and decide in their own right that addiction recovery is the best option. However, with forced rehab parents of teenagers may be disappointed to find that their children do not get better the first time around, as many addicts go through cycles of relapse and treatment before finally entering long-term recovery.

It seems that what Australia needs, before parents can force their children into rehab, is a better understanding of addiction as a disease as well as a wider range of effective treatment options. Increased cases of ice addiction have contributed to a treatment shortage in the country, but ice addiction is certainly not the only problem Australians are facing. Prescription drug addiction, gambling and other process addictions, and especially alcohol abuse and addiction are all affecting families across Australia.

De-stigmatising all addictions including ice addiction and making addiction treatment accessible, appealing, and effective are all necessary steps to combating addiction in Australia. This does include implementing early intervention strategies, and parents whose teenagers are using drugs do need options in order to get their children the help they need.

Watching a loved one struggle with addiction is heart-breaking. The best thing you can do if your loved one is struggling with an ice addiction, or any other addiction, is talk to your own professional counsellor or seek the advice and support of an addiction specialist.