Six New Zealand Warriors players have been banned from playing football for recreationally using a mix of prescription drugs and energy drinks.  It seems this is not an isolated incident. Here we take a look at why this combination seems to be trending among professional athletes and others… 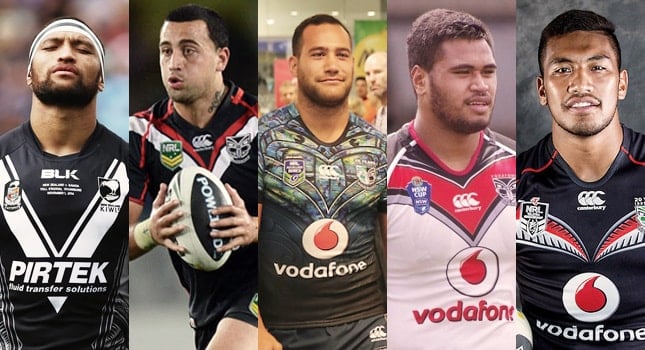 Six New Zealand Warriors have been banned from test football for breaking team protocol regarding drug use.

Manu Vatuvei, Ben Matulino, Bodene Thompson, Sam Lisone and Albert Vete admitted to mixing prescription drugs and energy drinks during a night out after their big loss to Melbourne in late April. Several members of the team were at a house party playing poker that evening.  As the rest of the team headed home, the five players and Konrad Hurrell, who says he did not partake in the recreational drug use, headed to a central Aukland bar.  It is not known who reported the incident to the football Club, but officials became concerned because of previous problems with football players using the energy drink and prescription pill concoction recreationally.

The players were initially spoken to individually and have since been banned from playing regularly for the Kiwis and dropped to reserve grade. This happened only a few days after Kiwi and Parramatta star, Kieran Foran, was hospitalised for overdosing on prescription medication.

This incident is seemingly not an isolated one.  Professional athletes have been turning to mixing energy drinks and prescription drugs as a vice that is less noticeable than alcohol consumption and less detectable than other illicit drugs. Players take the concoction because it gives them a buzz and without the dehydration, weight gain, embarrassing conduct and obvious hangovers associated with alcohol – all of which are not good for someone in the public eye.

Young athletes are experiencing ever-increasing pressure to maintain professional standards. They must meet their club and fans’ expectations, deal with media attention and public scrutiny, navigate relationships, and fulfil personal obligations.  This pressure often amounts to needing a release, and not always in the healthiest way. As regular drug testing standards in professional sports bans athletes from using drugs like marijuana, ecstasy and cocaine, concerns are growing about the increasing number of young athletes who are reaching for prescription drugs to cope with their lifestyle.

NZR contracts manager, Chris Lendrum, said, “At Super Rugby or a higher level it is an extremely high-pressure environment. Players are constantly competing for selection. People are anxious about their performance and their future contracts. Kieran Foran is a troubling case for a talented young guy. It illustrates the sort of pressures our guys and girls face on a daily basis.”

This phenomenon is not a new one. South Sydney players, Dylan Walker and Aaron Gray, ended up in the hospital last year after overdosing on unprescribed Tramadol and Oxycodone. The New Zealand Rugby Union reported in 2014 that All Blacks, Cory Jane and Israel Dagg, took prescription sleeping pills on a night out in Auckland during the 2011 World Cup.

Sleeping pill abuse has also been a problem for Australian swimmers. This included triple Olympic gold medallist, Grant Hackett, who sought treatment for his addiction to sleeping medication.  The sleep aide was also a centrepiece in a scandal surrounding the Australian men’s swim relay team at the London 2012 Olympics, when they used it at a “bonding session” and misbehaved at their living quarters.

The problem does not just exist at the professional level. As early as 2008, teenagers were found taking a combination of cold medications like Nurofen or Sudafed (which they believed would prevent pain) and high-caffeine energy drinks in an attempt to boost their performance.

This drug and energy drink combination is detrimental to a person’s health and can lead to problems like stomach ulcers, kidney disease, raised body temperature and seizures. Dr. Mark Fulcher, team doctor for Auckland City FC and the Olympic team, who has worked with several sports teams over the past decade, said that the Warriors could have died. “It can quite easily put you in the hospital and kill you. It slows your breathing and you can have quite serious side effects.”

Tramadol, for example, is an opiate analgesic that works on the central nervous system.  It is prescribed to treat moderate pain, usually after surgery, and can be habit-forming.  Tramadol and other opioid painkillers such as hydrocodone (Vicodin) and Oxycodone (Percocet; Percodan) can be dangerous, especially when used improperly or mixed with other drugs.  They can be fatal in the event of an overdose or reaction to a poly-drug combination.

The increase in prescription drug abuse has been well documented in Canada and the USA, where more people are dying from prescription medication overdoses than from heroin overdoses.

In Australia, however, the studies and related statistics have been a bit slow on the uptake. Only now are we starting to see the full extent of the prescription drug addiction problem in places such as Sydney.

If you are worried that you or a loved one has developed an addiction to prescription drugs, you should get in touch with a professional right away. At The Cabin Sydney, our treatment process is based around the Recovery Zones model, which combines a modern take on the 12 Steps programme and other methods, such as CBT.

We offer a thorough assessment for any individual who is possibly in need of addiction treatment.  If you are seeking support, contact us today to find out how we can help.