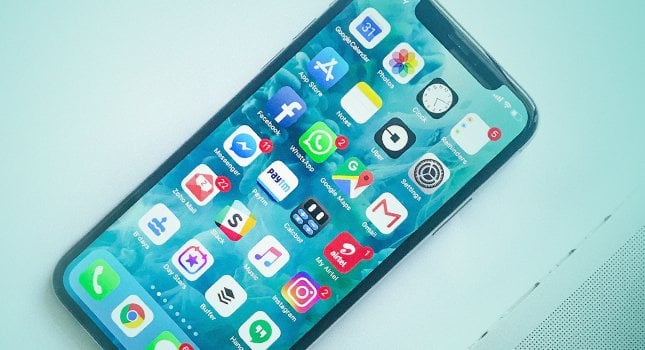 Some types of addiction are relatively unique, and they don’t involve substance abuse. They may even go unnoticed. An example of this is Internet addiction, a condition where an individual’s online behaviour becomes detrimental to his or her personal relationships in real life. According to Dr. Mubarak Rahamathulla, Social Sciences lecturer and researcher from Flinders University, this addiction is still not adequately treated even though it has a negative impact on the individual’s relationships.

What You Need to Know About Internet Addiction

Dr. Rahamathulla is very concerned about the effects of Internet addiction. Among his concerns are the following:

What are the Common Signs of Internet Addiction?

Internet addiction symptoms include those that are similar to what people with drug and alcohol addiction experience. There are problems with mood changes and modifications that need to be addressed right away. Other symptoms include:

Australians are known to be avid Internet users. In fact, numbers show how much time Australians spend on the Internet. The latest Internet addiction statistics are as follows:

“You’re on Facebook again,” shouts Mary when she sees her child surfing Facebook early in the morning. “Do you want me to turn off the WiFi so that you can stop what you are doing and help with the household chores?” This is just a normal scenario in a home where kids are overly obsessed with the social media. It is also undeniable that kids are easily affected by the widespread of different social media networking sites.

In Australia alone, teens spend about 2.7 hours per day on social media sites. This is about six times more than the average for adults which is noted at 2.1 hours per day. Adding to this fact, it has also been noted that teens connect to social media sites several times a day, five times on average. Fifty-six percent of these kids are heavy users of social media while 24 percent are perpetually connected.

Adults do have their own fair share of Internet usage. An average of 2.1 hours per day goes to show that they also take time out accessing various social media accounts, including Instagram, Facebook, and Twitter – just to name a few. This shows that everyone, regardless of age, spend a lot of time on the Internet, and access social media sites on a daily basis.

Internet Addiction In Australia: Is It A Clinical Disorder?

Internet addiction in Australia is not recognised as a clinical disorder. However, China has declared this addiction as a disorder back in 2008. Back then, the condition is called Internet Addiction Disorder (IAD).

Dr. Rahamathulla believes that since Internet addiction is not recognised in Australia, it is difficult to diagnose the disorder clinically, thus there is insufficient support and treatment for patients suffering from the condition. This can result in additional psychological strain, leading to problematic behaviour.

The Need to Classify Internet Addiction As A Clinical Disorder

Dr. Rahamathulla specialized in the research of the general strain theory. This theory supports the belief that negative experiences result in problematic behaviours. These experiences can also result in deviance.

With this theory in mind, and linking it to Internet addiction, there is a great chance that Internet addicts will manifest problematic online behaviours. Since it is easy to pose as another person while posting hateful comments over the Internet, no one will ever know who is really creating psychological and social problems that can affect other Internet users. At the worst, this can lead to crimes as well.

Internet Addiction And How It Affects Families

While others may just secretly pose as someone else and focus on attacking others on social media, there is one important unit of community that may also suffer – families.

There is one mother from Adelaide who has shared her story regarding her son’s online gaming addiction. In line with this story, more parents have reported that their children are also addicted to the Internet. Others say, their children’s addiction started at the tender age of eight years old.

How would you know that your child is addicted to the Internet? He or she can spend most of her free time using the Internet. When you stop your child from his or her fascination over what he or she sees on the Internet, there is also a tendency that he or she will feel anger and hatred towards you. You should set up passwords for all of your gadgets before the problem escalates.

If you think that kids are the only ones affected by this horrifying addiction, better think again. Married individuals can also get hooked on social media and this can be caused by several reasons, including:

Whatever the reasons are, all of these incidents can cause you or your wife to become addicted to social media sites and the Internet in general. When you do, you will end up neglecting your relationship since you get to find more short-term happiness by spending most of your time online.

Social media direct messages, in particular, are being viewed by married people as avenues to get the security they have been longing for from their respective marriages. Some find it emotionally pleasing to meet someone that they can talk to anytime they want. Others use social media for infidelity, e.g. trying their luck with sexual conversations, whether it is with co-workers, former partners, neighbours, and even strangers.

What is even more frustrating is that they do not view any of these actions as a form of social media infidelity. The instant connectivity that they form with someone through social media is tempting. They find solace knowing that someone is available, at a more frequent rate than when their respective partners are available. They think they are receiving genuine love when someone is willing to spend more time with them via social media sites.

Temptation Through Communication Via Social Media

Married couples find social media as an avenue to communicate with the opposite sex without necessarily getting caught instantly. Social media platforms are easily accessible, making it easier to satisfy one’s earthly pleasures without struggling too much with temptation through communication. This can even lead to divulging vulnerable, personal information that should never be shared with a stranger.

Why does this happen? Some will think that sending sexual messages is entirely different from actual sex with someone who is not your spouse. You can even say that these are just mere words, and will not have any impact on your relationship. Everything is just digital and thus remains an illusion, unless of course, real sexual interaction occurs.

A Sense Of Personal Justification

Getting involved with the opposite sex online gives a sense of personal justification. A husband who has not been sexually satisfied by a wife can use direct messages or private messages on Facebook or Twitter to engage in dirty talk with another person whom he feels will satisfy his sexual urges. This leads to one’s social justifications for his or her actions, claiming that everyone else has a best friend of the opposite sex on social media. However, their respective marriages remain intact up to now.

A wide range of divorce cases in Australia have reported how social media, particularly Facebook, have impacted Australian marriages. Globally, 75% of divorce cases include Facebook as one of the contributing factors. This resulted from conversations that began while the husband or wife was on Facebook and led to marital hardships and misunderstandings. Dissatisfaction with spouses, emotional confiding, and the urge to hold sexual dialogues were factors that led to marital woes.

How Can You Prevent Social Media From Destroying Your Marriages?

Starting with these practical guidelines can help a lot. This includes the following:

If you or your spouse thinks that he or she is addicted to social media sites in Australia, you can contact The Cabin Sydney for help and find out what steps you can take to save your marriage. We offer addiction counselling services in various forms including one-on-one counselling, group therapy, family programme, and more. Our clients love us for our outpatient services which comprise of innovative treatment programmes which are proven to help them recover from their addiction.

Learn more about us by calling our hotline at +61 2 9159 6628. Talk to us when you need help for any Internet or social media addiction problems.