When tolerance to drugs and alcohol builds, users up the amount they take to feel the same effects. But what if this tolerance suddenly disappeared? We examine how situational factors affect tolerance and what this means for overdose risk. 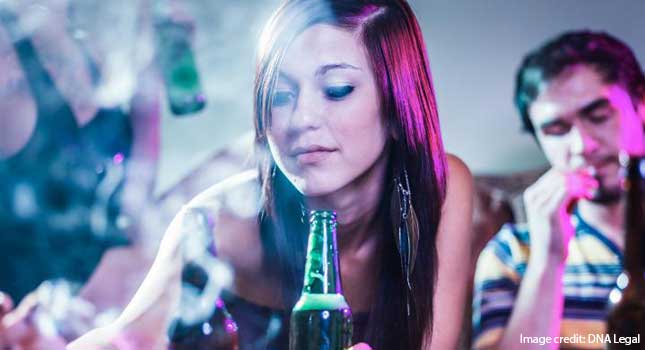 On the surface, the link between tolerance and overdose seems pretty straightforward: as tolerance builds, users take more and more of a substance until they eventually take too much and overdose. Simple, right?  As it turns out, the situation may not be so cut and dry.

‘Overdose’ is a Misnomer

Most victims of overdose have been identified as experienced drug users. We would generally expect these people to have a good idea of the amount of a drug they need to get high, making it unlikely that they would take too much by mistake.

To investigate why this was happening, researchers conducted post-mortem analyses on heroin addicts who allegedly died of overdose compared to heroin addicts who were victims of homicide. These analyses found similar levels of the drug in the systems of both groups. The investigators concluded that the deaths in the ‘overdose’ group could not be due to toxic levels of drugs in their systems. But if overdose is not due to consuming higher quantities, then what exactly is to blame?

To examine overdose, first we need an understanding of how drug and alcohol tolerance works. Physiological tolerance is one of the main features of addiction – it is your body becoming accustomed to a certain amount of a drug. The first time you take a drug, the effects hit you hard and fast. The more frequently you take a drug, the more of it you require in order to achieve the same effect.

However, it seems it is not just the actual drug that we build a tolerance to, but rather the whole context within which the drug is taken. This is known as the situational specificity of tolerance, or learned tolerance.

Pavlovian (or classical) conditioning has thoroughly demonstrated how the body prepares itself for food in response to cues suggesting that mealtime is close. Learned tolerance results from a similar effect in response to cues signalling impending drug use. These cues include the setting in which the drug is taken as well as the sights, sounds and smells associated with using a particular drug.

Learned Tolerance to the Effects of Alcohol

A study investigating environmental factors on the effects of alcohol had participants drink alcohol in two different scenarios: either beer in a bar or alcohol in a sugary carbonated solution in an office. As they predicted, the participants drinking in the office became more intoxicated than the participants in the bar, despite both groups ingesting the same amount of alcohol. These results lend support to the idea that the effects of alcohol are felt more acutely in a novel situation than a familiar one.

To demonstrate this phenomenon of learned tolerance in a controlled setting, a study was conducted testing the effects of morphine on rats in familiar and unfamiliar environments. The study began by heating the paws of two groups of rats. Both sets of rats were in the same environment however one of the sets of rats was administered morphine. The morphine group experienced pain after 24 seconds of exposure to heat, whereas the no-morphine group experienced pain after only 12 seconds. After repeating this procedure four times, both groups of rats exhibited a pain response after 12 seconds, suggesting that the morphine group had developed tolerance to the drug. This is exactly what would be expected from our understanding of physiological tolerance.

It has been proposed that learned tolerance can develop not only in response to a certain environment or situation but to other cues as well, such as flavour. After a number of alcohol-related hospitalisations on college campuses by students drinking the energy drink/ alcohol hybrid Four Loko, the finger was pointed at the caffeine content of the beverage.  However, evidence suggests that learned tolerance may actually be the culprit in this situation as well.

Researchers hypothesized that the unusual flavour of Four Loko may be responsible for the heightened intoxicating effects of the beverage. Typical alcoholic beverages like beer and wine have a familiar flavour that is easily recognized and strongly associated with alcohol for most people. Four Loko, on the other hand, has a completely novel flavour. Our bodies have not associated the sweet fruity flavour of Four Loko with alcohol and therefore do not make the same preparations for its consumption. The result: a much higher intoxicating effect.

What all of this boils down to is that tolerance is more than just a heightened physiological resistance to a drug – it is also a product of learning. Simply put, learned tolerance is the gradual desensitization to the effects of a drug as a result of external cues triggering a preparatory response. The risk for overdose becomes more likely when an addict is in a new environment and administers the same amount of a drug that they are accustomed to taking in their familiar environment.

What Does Learned Tolerance Mean for People Struggling with Addiction?

Despite all of this research pointing to the environmental effects of tolerance, most people still believe that tolerance is strictly a physiological process. This can be dangerous as drinking or doing drugs in a new environment, even at normal quantities, can land a person in a risky situation.

At The Cabin Sydney, our Western-accredited team has extensive experience treating addiction in all its complexity.  We offer a highly effective, comprehensive treatment programme that incorporates multiple approaches including CBT, mindfulness and the 12 Steps. If you or someone close to you is struggling with addiction contact The Cabin Sydney for a confidential assessment.

For more information on collaborative partnerships or to refer a client contact our relationship manager today.