Will raising the legal drinking age in Australia help to curtail binge drinking, developmental problems and alcohol-fuelled violence?  A group of doctors from the Royal Australasian College of Physicians thinks so. 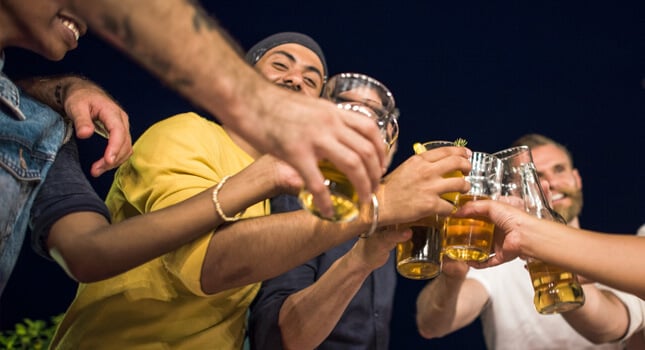 A group of doctors from the Royal Australasian College of Physicians is recommending that the Australian government reconsider the minimum purchase age for alcohol in Australia. This recommendation was part of a submission to the Senate Inquiry into Alcohol-Fuelled Violence.

Rather than suggesting an explicit cut-off age for the purchase of alcohol, the submission recommended a public consultation. It also suggests raising taxes on certain alcoholic beverages (specifically those with higher health risks), and using the revenue to fund alcohol treatment programmes.

The drinking age has been the topic of intermittent public discourse since it was unilaterally lowered to 18 in all states and territories in the 1970s. Opponents to raising the drinking age point to the fact that an 18-year-old person is legally an adult and therefore capable of making and taking responsibility for their own decisions.

Meanwhile, those in favour of raising the minimum age cite public health concerns and a wide body of research suggesting that traffic accidents and other alcohol-related societal problems decrease when the drinking age is higher.

So, would raising the legal drinking age help reduce alcohol-related harm in Australia?  Let us take a closer look at the circumstances surrounding this debate. 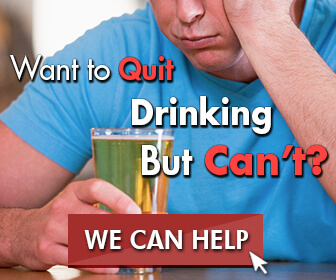 Alcohol and Violent Crime in Australia

The Senate Inquiry into Alcohol-Fuelled Violence is chaired by Senator Glenn Lazarus. On his website, Senate Lazarus writes that everyone “deserves to be able to enjoy their city and their social life in peace without worrying about their safety.” This is at least partially in reference to the untimely death of young Brisbane athlete, Cole Miller, in January 2016.

Mr Miller was a 19-year-old water polo player who succumbed to injuries sustained in a fatal one-punch attack while out with friends in Brisbane’s Fortitude Valley nightlife precinct. The attack is said to have been unprovoked, and the alleged instigator – who did not know the victim – said in an application to the court that he had consumed alcohol prior to the incident and is “not naturally a violent person.”

He added, “I also rarely drink alcohol… I had no intent to cause significant or serious harm to anybody.”

This tragedy generated significant public outcry regarding alcohol and the role that it plays in violent crime. And with this recent submission to the Senate Inquiry into Alcohol-Fuelled Violence, the public is once again debating the merits of raising the legal drinking age in Australia.

In the first half of the 20th century, the drinking age in Australia depended upon local jurisdiction and ranged from 18 to 21. However, during the Vietnam War, the age was reduced to 18 on the grounds that a person who could be conscripted to fight and die for their country should also have the right to drink alcohol. By 1974, all states and territories had adopted 18 as the legal drinking age.

This is not the first time that calls to raise the drinking age have come to the fore. In 2008, there was a well-publicised call to lift Australia’s drinking age to 21, followed by another in 2014. In most cases, the call to raise the age was made on the basis of reducing alcohol-related harm.

In the latest call, doctors from the Royal Australasian College of Physicians are suggesting that Australia adopt a new minimum purchase age for some types of alcohol (and all types of takeaway alcohol). They also recommend transitioning to a zero blood-alcohol limit for all drivers in Australia and New Zealand.

Public Health Benefits of Raising the Drinking Age to 21

Those who advocate for a higher drinking age cite a variety of reasons. These arguments often begin with general appeals to better public health. One ­issue that often comes up is the fact that the number of recorded traffic accidents generally decreases as the legal drinking age increases.

There are several recent studies that have demonstrated this. Australia, New Zealand and the US have all modified their legal drinking ages over the past few decades. The data collected over this period provides a fertile proving ground scientists and statisticians. It allows them to test theories regarding how the legal drinking age affects society as a whole.

There are also specific health-related issues at stake. The potentially negative effects caused by alcohol on the developing brain are already well-understood. It is also known that the brain continues developing beyond adolescence and into a person’s early 20s. According to many doctors and scientists, pushing the legal drinking age into the early 20s would help to curtail potential development problems in the brains of young drinkers.

The Relationship between Binge Drinking and the Minimum Legal Drinking Age

Binge drinking introduces many of its own risks. For example, binge drinkers are at a higher risk of harming themselves and others in vehicle motor crashes, contracting sexually transmitted infections and being involved in alcohol-related violence ranging from domestic abuse to the rash of so-called ‘coward punches’ brought by the aforementioned death of Cole Miller.

Furthermore, a study published in the journal Alcoholism: Clinical and Experimental Research found strong correlations between early drinking and alcoholism. The study involved 600 Finnish twins and found that alcohol-related problems experienced at age 18 correlated to a higher risk of alcoholism by 25.

We have written before about the culture of alcoholism in Australia and the pressure this exerts on young people. Regardless of where the country decides to set the minimum legal drinking age, it is important that it also take steps to provide support and rehabilitation programmes for those who are trying to distance themselves from alcohol dependency.

The Cabin Sydney is a leading alcohol rehab centre for Australia, and we provide a wide range of effective treatment programmes for those dealing with the negative effects of alcohol in their lives. Our programmes take place in a conveniently located, completely confidential outpatient setting, allowing clients to fit treatment in around their daily schedule. If you or someone you know is struggling with an alcohol addiction, contact us today to find out how we can help.