Press Coverage of The Cabin Sydney

The Cabin Sydney is one of the top addiction treatment centres in the world and has been celebrated as such in the media. High-profile press coverage has applauded our innovative treatment method, impressive recovery rate and the exceptional quality of our clinical team.

A US teenager has won a record breaking prize of more than 4 million Australian dollars after becoming the world champion of the computer game, Fortnite. 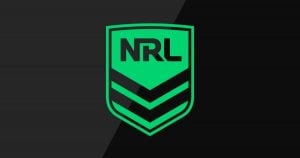 Progress, not perfection’: the remaking of Mitchell Pearce

Inside a place called The Cabin, alongside heroin addicts and sexual abuse victims at a luxury Thai rehab clinic in Chiang Mai back in 2016, Pearce was introduced to Rosenthal.

The infamous daughter of former Premier Neville Wran today admitted to spiralling back into drug addiction.

Harriet Wran has avoided jail however, for possessing ice and stolen goods, telling the court she wanted to make things right for herself and her mother.

The courtyard outside The Cabin, Australia’s self-proclaimed “leading outpatient addiction treatment centre”, is a mixture of pale brick and concrete. Beige bleeds into grey and then into cream. There’s a smattering of meticulously sculpted plants and well-groomed senior citizens in the vicinity – unremarkable given the Edgecliff location, in the marrow of Sydney’s eastern suburbs. 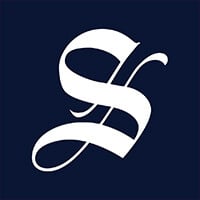 ‘They can’t help it’: Australians struggle with technology ‘addiction’

A growing number of Australians are checking their screens from the moment they wake and every 12 minutes throughout the day – and they’re not happy about it. 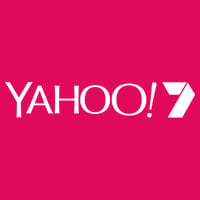 How to spot video game addiction in kids

Addiction to online gaming in children has been a significant topic of discussion among parents in recent months. 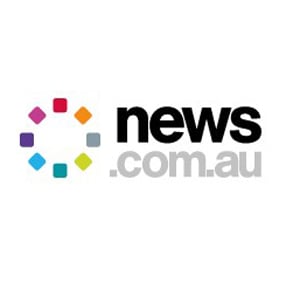 Why I rejected AA to stay sober

MATT Scarce’s drinking was so out of control he bought booze instead of paying his rent and bills. Then his partner and four kids kicked him out. What is the difference between Smart Recovery and the AA 12 Step program? 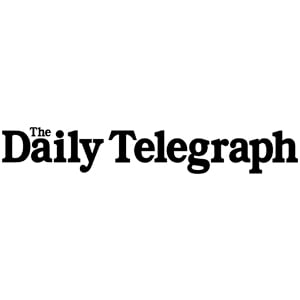 The Changing Face of Cocaine Use

My first Christmas sober: Alcoholic Matthew* on getting through the silly season booze-free

COULD you forgo the festive drinking and stick to water for all of December and January? We speak to one man who has no other choice this Christmas.

THE corporate world has been sucked into the country’s deadly ice epidemic with white-­collar-workers now making up a quarter of all addicts who have lost complete control to the powerful street drug. 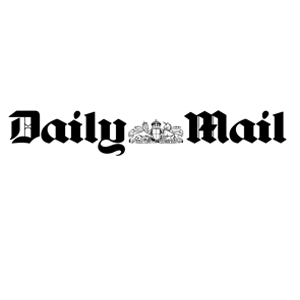 Australia’s ice epidemic has trickled from the streets into corporate offices as the deadly drug makes its way into the veins of high-earning business men and women. 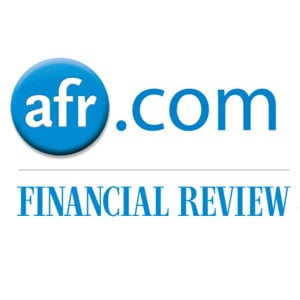 Internet addiction: are your kids at risk?

Our addiction to the small screen is messing with our minds. In the process, it’s creating a new set of mental problems that have health specialists worried.

Middle Class And Addicted To Ice

Sitting at a rehab facility in Sydney, Jarrod is now two years clean. It has been a difficult journey through detox, rehab, a marriage breakdown, loss of his profession and what he calls a “wholesale” shift in how he views his life, to get to this point.

Treating ice addiction can be a ‘hit and miss’ process because psychiatrists and other health professionals don’t have a clear model of care to follow, says a leading addiction psychiatrist.

Troubled South Sydney forward Paul Carter has checked himself into the same Thai rehabilitation facility Mitchell Pearce used earlier this year in a bid to get his life and career back on track.

My drug addiction: From IT consultant to ice addict and back

36-year-old Jarrod was just like any other professional before he became addicted to ice. He had a well-paying job, a great life partying on weekends with mates, a loving wife and a child. So what went wrong?

Binge Eating And Over Eating Is An Addiction Disorder

How many apps for takeaway places or meal delivery services do you have on your
phone? Or if you’re retro, how many paper takeaway menus sit on top of your fridge ?

A website that enabled 250,000 Australians to try their luck in the $2.1b US Powerball could be opening a dangerous new avenue for gambling addiction, a leading expert has warned.

Rehab in Thailand at The Cabin Chiang Mai resort: Where you can heal in paradise

Travellers to Thailand have long appreciated the restorative powers of a holiday in the Land of Smiles. Arrive frazzled, burnt out and wearing your shoulders as earrings, depart glowing and re-energised by a week or two of massages, warm weather and pad Thai.

A day in the life of an addict at the luxury Thai rehab resort where Australians are spending $14,000 a month on kick-boxing and yoga classes to break their ice habits

The Cabin rehabilitation centre in Thailand is a five-star retreat where ice-addicts pay up to $14,000 to try and kick their destructive habit.
Almost 500 Australians have booked into the luxury Chiang Mai facility since it opened in 2010 and they dine on the best Thai, Mexican and Italian buffets.

“Rotted teeth. Scabby face. What my ice addiction was really like.”

It started as an easy way to avoid the pain of a relationship breakdown — but soon escalated to a full-blown habit that left Rachel* jobless, sleepless and forking out $500 a day.

Have you ever found it hard to change a habit? Has someone forcing you to make the change made it easier ?

THERE has been a staggering 59 per cent increase in drug use offending in Pittwater over the past two years, according to new figures­.

The Sydney professional believed her drinking habit had truly ruined her life and spent parts of her hung-over bus trips into the city to start her well-paying, respected job fantasising about reincarnation: “I thought I’d f***ed this life up so bad, I felt like maybe there was a chance I could just do better.”

The breaking point came on Labour Day last year when the 35-year-old paranoia-riddled IT analyst walked into a police station in Melbourne and told officers people were following him.

Why America Should Be Grateful For Their 12 Step Treatment Centers

A heroin epidemic in the rustbelt, meth labs on the borders, prescription medications flying out of the doctor’s office and everywhere there is the rise of potent dopamine boosting technology pumping our brains’ reward systems. But is America any different to any other country in this respect? In my view, no, not really.

Are you a high-functioning alcoholic?

You like to unwind with a few drinks, but your life and career are on track. So there’s no way you could be an alcoholic, is there? Angela Barrett investigates.

Rising numbers of Australian methamphetamine users are travelling to rehabilitation centres in Thailand to beat their habit. The so called ‘rehab resorts’ offer budget-priced treatment, far away from the possible temptations of home.

Are Alcoholics Anonymous and The 12 Steps Really Irrational, Unscientific & Outmoded or are They Actually Vindicated by Pioneering Neuroscience?

Spates of recent articles in the press have denounced 12 Step programs as unscientific and irrational but this is based in a lack of understanding of what creates and maintains healthy neuro-adaptation in humans.

Liam Springs from the cab, Mumbling something at the driver-possibly thank-and marches into sydney international airport it’s mid-morning and the place is already a mess of fluorescent lights and foreign accents. Bright and loud, It’s not ideal.

Getting clean in the hills of Thailand

You could be forgiven for mistaking The Cabin as another luxurious Thai getaway,until a man casually asks over lunch : “So When’s your release date?”

The face of addiction is not always what you think

Walk into The Cabin Chiang Mai, a luxury rehab clinic in Thailand’s north and you are likely to see executives, models, celebrities, elite soldiers, businesspeople and even Olympic athletes.

Cured in paradise: why Aussie addicts are going to rehab in Chiang Mai, Thailand

BY THE time she was 21, Rosa* was addicted to alcohol, cocaine, ecstasy and marijuana. The Australian model was a high-functioning addict.

Sexologists and sex therapists are divided over sex addiction

Aussies are bigger boozers than the brits, but belarus tops the list

Australian culture is marinated in alcohol.
We drink to survive screaming children at first birthday parties, to celebrate wins and commiserate losses and to toast important milestones like the middle of the week, the strike of midday and breakfast.

‘I was a straight Wall St banker having sex with men and living in a brothel with my prostitute girlfriend’: The extraordinary life of a sex addict – who was married by the priest who abused him at the age of 12

Fifo fed my addiction: an ex-employee tells all about drinking on the job

“I was on my way to retiring, and then I had to sell my houses to pay for it,” he told news.com.au. “I lost all my equity. I was a raging alcoholic.”

Inside the cabin: the reality of rehab

A Queensland jockey reveals what really goes on behind the walls of a rehabilitation treatment facility.

The 10 most luxury drug treatment centers in the world

When celebrities detox from drug or alcohol abuse, it’s not surprising that they gravitate toward the most luxurious addiction treatment centers available. Luckily, there are no celebrity status requirements for you to enjoy the high-end comforts that come with luxury addiction treatment.

When you read about celebrities such as Lindsay Lohan and Zac Efron doing time in luxury rehab centres, it’s easy to imagine them in a plush place for a spot of R&R. But as Adam Lucas*, 34, told ninemsn, the reality is much more confronting.

What it’s like to be an alcoholic at christmas

THE SPORT ADDICTION CAN AN ELITE ATHLETE’S ADDICTION TO COMPETITION TRANSLATE TO A DEPENDENCE ON DRUGS? IT TOOK A PRISON STRETCH AND A STINT IN REHAB FOR FORMER
OLYMPIAN NATHAN BAGGALEY TO FIND AN ANSWER FOR HIMSELF.

Talented jockey determined to leave darks days behind him

TWELVE months ago I sat down and spoke with Chris Maund about his successful return to the saddle. Maund appeared to be in high spirits. This was a good-news racing story. Maund’s gifted riding career was regaining momentum. He was on the climb back from injury, weight problems and some personal issues.

How to beat the booze trap

Establishing a clear after-work routine that does not involve alcohol is among the key tactics a psychologist recommends to help FIFO workers beat the trap of regularly drinking too much.

While the average miner earns above average wages, many miners work longer than average hours, live away from family, and operate in highly dangerous or remote areas.

More people are dying from abusing prescription drugs, which are being misused at historic rates and increasingly for recreational purposes.

An alarming number of Australian mining workers are seeking rehabilitation for drug and alcohol addiction, according to recently released figures from a leading treatment centre.

Rehab: the next chapter of celebrity endorsement

Once upon a time stars grappling with drug addiction were sent to a “facility” to recover from “exhaustion”, now rehab centres welcome and publicise a celebrity check-in.